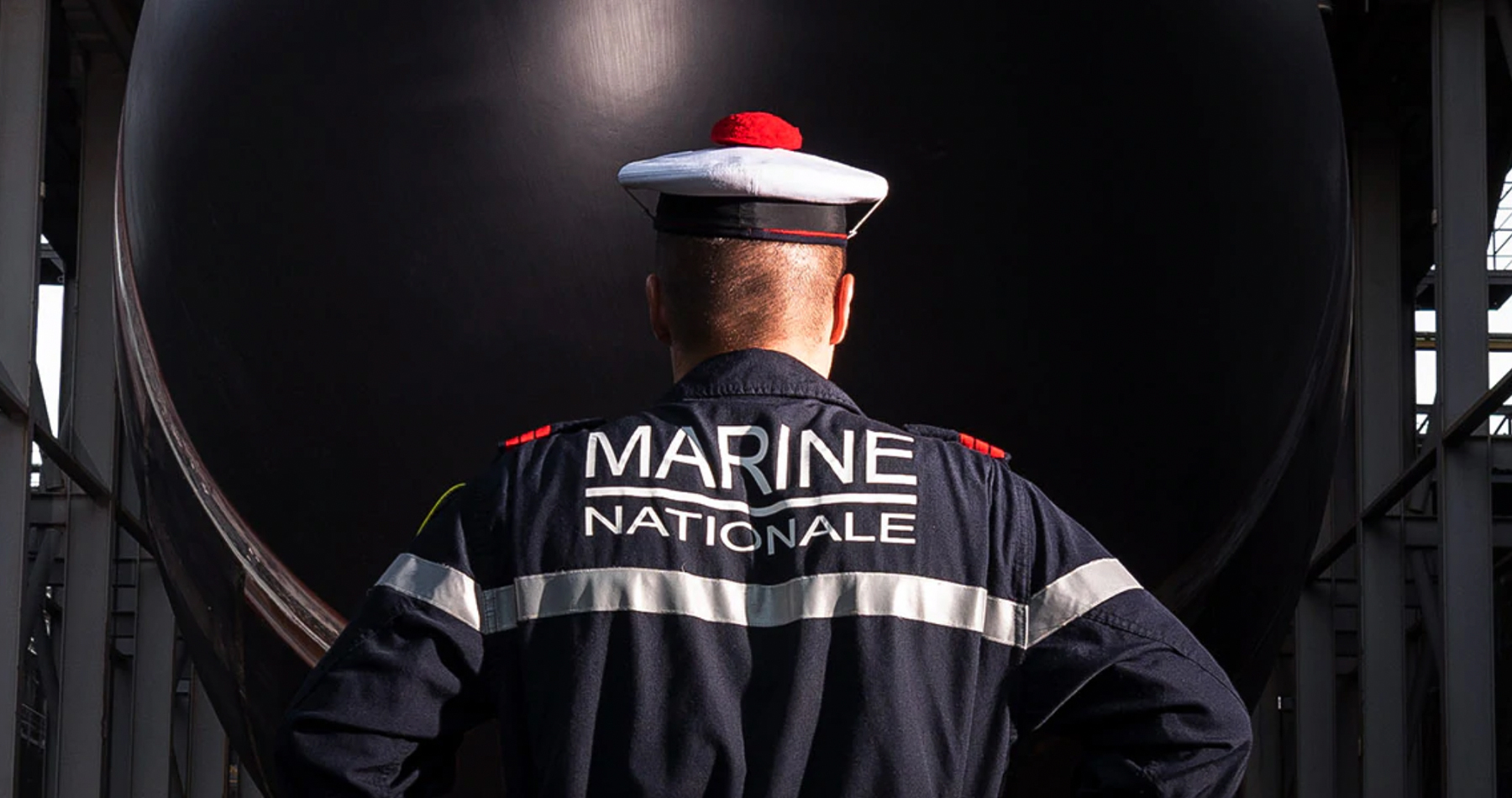 Is this the best of French watchmaking?

My first purchase with Gnomonwatches too!

Last year, when I was about to complete my Bachelor’s, I wanted to get a watch to mark the occasion and to signify my transition from student to an adult in the working world. Many watches were on my list – from Seiko’s Marinemaster 300 to an Oris Big Crown Pointer Date, and everything in between. I finally decided on a watch that caught my attention as I was browsing through Instagram one day and that is the watch that I will be reviewing today – the Yema Navygraf Marine Nationale GMT (Limited Edition) from my very own collection.

How it all began..

Before I dive into the review, allow me to give you a brief introduction to the Yema brand. Yema was founded in 1948 by Henry Louis Belmont, a pioneer in the French watchmaking industry. Belmont even graduated top of his class from the National Watchmaking School of Besançon in 1931! In 1982, French astronaut, Jean-Loup Chrétien, became the first Frenchman in space. The watch on his wrist? The Yema Spationaute I (Yema Spacegraf) and thus Yema became the first French watch in space.

In 1986, Yema teamed up with French physician and explorer, Jean-Louis Etienne, to cross the North Pole. Yema came up with a special watch for Jean-Louis, just for the expedition. The Yema North Pole watch accompanied Jean-Louis on his staggering 800km solo trip to the North Pole. The watch was made of titanium, thus making it resistant to the harsh conditions. It also had a system to avoid the magnetic north. These innovations sound impressive today, and even more so in the 80s. It is clear that Yema and innovation go hand-in-hand throughout their iconic history.

This innovative spirit is still evident today, with Yema designing and manufacturing their own proprietary watch movements – starting with the MBP1000 in 2011 to the YEMA3000 in my Yema Navygraf Marine Nationale GMT watch.

Yema was also bought over by Seiko in 1988, only returning to French hands in 2004, thanks to a buyout by Louis Eric Beckensteiner. Today, Yema is owned by Montres Ambre, a French watchmaker group. Popular models from Yema include the Superman (1963), the Rallygraf (1966), and the Navygraf (1970s) – you can see that I was spoiled for choice!

The Yema Navygraf Marine Nationale (MN) GMT is a watch born out of a collaboration between Yema, and you guessed it, Marine Nationale (the French Navy). The Marine Nationale is among the largest and most powerful naval forces in the world. It has a rich history and has also worked with a few famous watch brands to produce specific watches for use by their seaman and woman. There are even watch collectors that collect only Marine Nationale watches! When I first caught wind of their partnership, I was immediately intrigued by the MN branding, as well as the rich French heritage that a brand like Yema offers (Yema has been associated with the French armed forces for decades – the Yema Superman accompanied select units of the French Air Force in the 1970s). For the first time, Yema was also granted permission to use the Marine Nationale name and logo on the watch and apparently, the Marine Nationale also actively collaborated with Yema during the design phase, validating each and every stage until prototyping. When I first saw the watch in person, it struck me as a very well thought out watch. Coming in at 39mm in diameter, with a lug to lug of 47mm, the watch is the perfect size for me. (For reference, I have a 6 3/4 inch wrist.) The case and bracelet are entirely brushed, giving the watch a very tool-ish vibe, something that definitely resonates with me.

Moving on to the dial, it has the Yema branding on top, with the Navygraf text in red below it. There are also 3 more lines of text above the 6 o’clock marker – which I would usually find to be too much. However, Yema has executed it so well that I actually love the lines of dial text. The hour markers are the Navygraf’s unique “exclamation point” markers, with the exception being the half marker at 3 o’clock to accommodate the date and, of course, the highlight of the dial – the Marine Nationale logo being used as the 6 o’clock marker. Protecting the well-printed dial is a flat sapphire crystal, ensuring robustness and providing resistance to scratches.

The bezel itself is also another thing of beauty. It is a blue, bi-directional friction bezel – a true GMT bezel – one that you rarely see at this price point. Why do I say it is a thing of beauty? Like the crystal, the bezel insert is also made of sapphire, which gives you great reflections and it even changes colour from blue to black, depending on which angle you look at it from!

Of course, we have to talk about the movement. Powering this Yema Navygraf MN GMT is Yema’s very own in-house calibre, the YEMA3000. This movement is entirely designed, developed, and assembled in France. It has 29 jewels, beats at 4Hz (28,800 bph), has hacking and hand-winding capabilities and also has a separate GMT hand, which allows you to track a second time zone. The YEMA3000 is all the more impressive as it has great specifications to match its in-house pedigree, with a specified rate of no more than +/- 10s per day. The piece that I own runs at a hugely impressive +5 seconds a day. It also has a healthy 42-hour power reserve (PR), trumping its Swiss counterparts in the same movement grade in terms of stated accuracy and PR.

The case back is beautifully decorated with an engraved Marine Nationale logo and has your typical spec sheet laser etched onto it, in French. As this is a limited edition piece, each case back is also uniquely numbered from 0001 to 1000. The one that I have is 0646/1000, a number chosen for no particular reason, other than the fact that it sounds nice.

The Yema Navygraf MN GMT’s crown is also signed with the MN logo. Winding the watch, setting the date, time, and GMT hand is a very smooth experience, and it feels very well built too, with no hint of shoddy crown assembly. True to its name and collaboration with MN, both the crown and case back are screwed down, offering a solid 300m of water resistance. Perfect for the French Navy and us desk-divers!

The Yema Navygraf MN GMT comes on an H-Link bracelet that also includes a dive extension. The bracelet is sturdy and well built, and the clasp and dive extension are also milled. There’s not much to talk about here, it’s a no-frills bracelet that wears comfortably and has an edge over the typical oyster-style bracelet, as it looks more unique. The only downside of the bracelet could be that it uses a pin and collar system for adjustment, instead of screws. But hey, while I’ve heard of screws loosening and falling off on bracelets, I’ve not heard of a pin and collar bracelet falling apart.

Yema also offers a complimentary MN strap with the watch. It is an elastic strap made of parachute webbing and boy it is the most comfortable strap I’ve ever worn. I’ve worn cheap knock-offs from AliExpress, but wearing an actual MN strap made of the correct material takes the comfort and look of the watch to the next level.

The Yema Navygraf MN GMT is one heck of a watch. It is extremely well built and feels like it can genuinely take a beating (although I would never use mine as a beater). The YEMA3000 is French watchmaking at its best. How Yema can offer such a well-specced in-house movement at such an affordable price is beyond me (I got mine for just SGD 1,300). I’ve heard of other customers having issues with their Yema watches with in-house calibres, but personally, I’ve never had any problems. Even so, I am sure the good people at Gnomon will sort it out for you if you purchased the watch from them.

I also like that the Yema has drilled lugs, allowing me to swap out straps easily whenever I want to. I love to pair my watches with different straps, so drilled lugs are always a plus point for me. This Yema is also a mighty strap monster, and I can attest that it will look good on almost any type of strap!

Channelling my inner Marie Kondo, the Yema Navygraf MN GMT sparks so much joy for me whenever I look down on my wrist. It does not look out of place in the office, and will similarly look good on weekends when you’re just lounging in a t-shirt and sweatpants.

Out of so many options available to me for my graduation watch, I am glad I decided on this Yema and I am only growing to enjoy this watch more and more with each passing day.

The Yema Navygraf Marine Nationale GMT Limited Edition is currently sold out. However, Yema has their Navygraf Marine Nationale that is readily available. It is more or less the exact same watch, albeit without the GMT function and yes, it still has that unique MN logo as the 6 o’clock marker! I am certain you will have the same wonderful wearing experience that I have with my GMT model. You can check it out over here.

Previous
What is the Difference between Watch Bracelet and Watch Strap?

Next
Closer Look: At The New Squale 101 Atmos Black Heritage 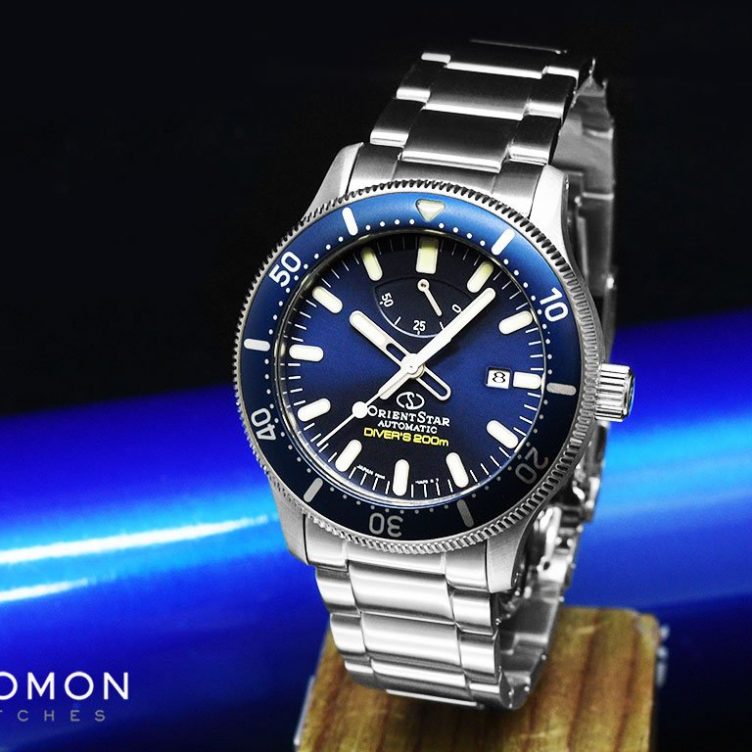