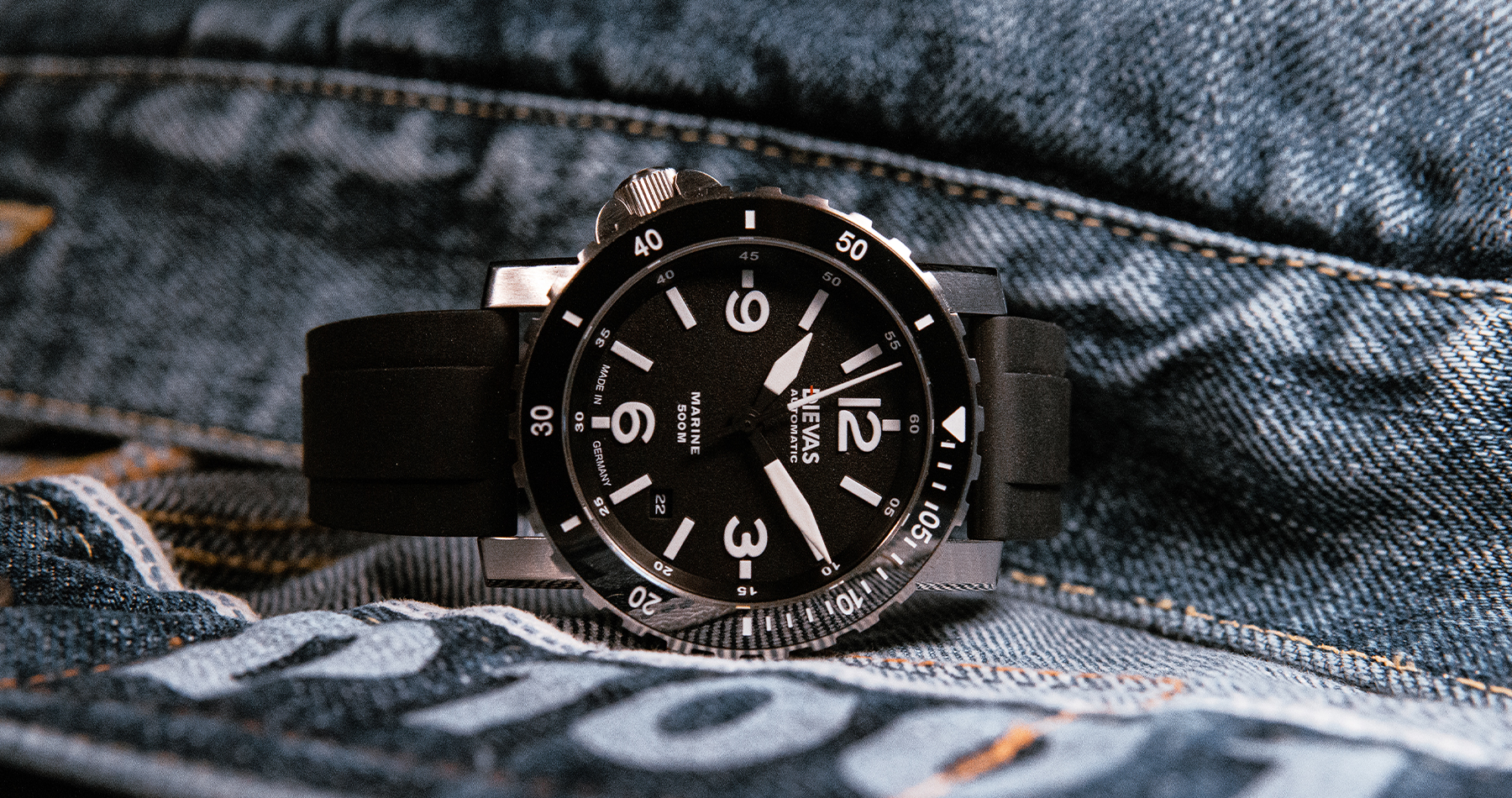 A watch that I never knew I enjoyed thoroughly

Few tags in the world come remotely close to guaranteeing quality, reliability and durability the way a “Made in Germany” tag does. Ironically, the label wasn’t created by the Germans but by the British Parliament in 1887 to identify ‘inferior’ or “cheap and bad” German goods for English consumers. Fast forward a century and a few decades later, the label is synonymous globally with best in class products. From automobiles to electronic appliances, medical instruments to industrial components and everything else in between, you get a boost of confidence when you see those three words “Made in Germany” printed, etched, engraved or stamped on it.

The same can be said for German-made watches whether it is sitting at the uppermost echelons of horology such as A. Lange & Söhne, independent darling Nomos Glashütte, specialist navigation watchmakers Sinn, German Luftwaffe makers Laco, Stowa, Wempe and other indie German watchmakers (the list is exhaustive) like the Dievas we have here today.

Dievas can trace its roots back to 2007 when it was first incepted. Over the next 15 years, its rise in popularity grew dramatically amongst enthusiasts for their no-nonsense, uber-cool German-made tactical tool watches. Its very first creation in 2009, the Vortex, made considerable splashes amongst the watch industry for the then relatively unknown brand as the first 100 pieces were snapped up in a month. It was a big sign of encouragement for the folks at Dievas which saw the birth of the Focal and Timeattack in the years to come which gained Dievas a cult following amongst various watch forums and communities. Dievas had an unorthodox but interesting way of tying their releases to a generation (eg. the Vortex, Focal and Timeattack are Gen 1, 3 and 4 respectively). I see it as an evolution of the brand as Dievas experiments with different ideas to present the multiple facets and interpretations of the brand. The Dievas Marine 500 we have here is Gen 7 of the brand and in many ways, the culmination of years of knowledge and styles put together into one badass package.

As mentioned earlier, Dievas makes tool watches which by definition means watches that are made to accomplish specific tasks such as a diver’s watch or an anti-magnetic watch, and just like any tools in your shed, they are meant to be banged around and can withstand more than one or 10 beatings. The watches are then “tactically-tuned” for practical uses in the field (military) with physical traits such as ruggedness, legibility and reliability imbued. The Dievas Marine 500 fits the bill perfectly of a tactical tool watch, let’s get into it.

At first glance, the Dievas Marine 500 is one hell of a beast with its imposing outlook. Just by examining it, your mind tells you you’ll be experiencing lots of steel. There is an element of menace to it that I feel is attributed to the aggressive-looking bezel and lugs, which without any sugar-coating, the latter simply juts out. After processing its general shape, you realise something isn’t quite right — alas it’s a destro configuration, or a left-sided crown put simply.

Destro watches are a rarity these days, to be honest, and the general trend you notice among such watches on the market these days are most of them are tool watches — The Tudor Pelagos LHD, Sinn Mission Timer, IWC Big Pilot “Right Hander” and selected Panerai Luminors come to mind. Since this was the first time I’ll be wearing a destro watch for an extended amount of time, I was very excited, and honestly slightly apprehensive, about how the wearing experience will turn out to be. Other features that I took a mental note of upon first impression was the bezel’s relative thinness compared to the entire watch and that tiny date aperture.

The first thing that struck my mind when I first picked up the Dievas Marine 500 was the very satisfying and reassuring heft it had. A quick check on the digital scale showed that it weighs 110g, a heavyweight considering it comes fitted with either a leather or rubber strap. Given the watch can withstand up to 500 metres worth of pressure, you will want every single gram of steel Dievas decides to throw in so that it will withstand the crushing depths of deep dives. The stainless steel case is predominantly satin-finished with polished surfaces along the bevels of the lugs. Dievas had opted for a flat sapphire crystal as opposed to a box or dome-shaped one as it minimised the risk of damaging the crystal.

My attention naturally gravitated towards the destro crown next as I figured out the best way to manipulate it as I’m a right-hander. After a couple of attempts, I figured the best way was to rotate the watch 180° and adjust the time and date with my right hand as I would normally do. The only tricky part is having to set the time upside down which is quite an experience I would say. Had I left out earlier, the crown is screwed-down and flanked by a pair of exaggerated crown guards that was actually a real pain whenever I attempted to screw the crown down tight. Don’t get me wrong, operating the crown to set the date and time is flawless with the aptly sized crown but the guards are a hindrance as they dug into my fingers as I was trying to screw the crown down tight.

The next thing that drew my attention was the bezel which was purposefully made larger than the case to allow for better grip when underwater or with a pair of gloves on. It is a 120-click variant and operates with a satisfying click. It has an elaborate design with 30 edges (I made a count) that resemble a gear’s tooth and the edges feel quite raw and a bit sharp to the touch. Speaking of sharpness, I have to digress a little and mention the edges on the lug underside are pretty sharp as well which might be a concern for those with beefier wrists. The bezel insert is made of glossy ceramic and is rather slim as I pointed out earlier. I guess it adds a bit of refinement together with the gloss as having a matte and thicker bezel insert would’ve made the Dievas Marine 500 look more daunting than it already is.

The design of the dial is excellent in my opinion — a finely grained matte black dial is contrasted with the large sword hands, Arabic numerals and stick indexes. A date aperture with a black date wheel is positioned between 4 and 5 o’clock. Dial texts are kept to a minimum which earns it extra brownie points.

There is a helium escapement valve positioned above the crown which together with the 500m water resistance cements the Dievas Marine 500’s status as a purpose-built tool watch. While it’s a nice feature to have, it only serves its purpose if you perform saturation dives.

Presence is one word I would use to describe wearing the Dievas Marine 500. Strapping it on for the very first time, the watch immediately made its presence felt on my wrist with its weight. If you ever had ankle weights strapped on, wearing the Dievas Marine 500 will be the equivalent (laughs). Jokes aside, the first few days I had it on, I had only one thing in mind — adapting to its weight and height (13mm). Apart from its heft, the no-nonsense tool watch look and nature of the Dievas Marine 500 contributes significantly to its wrist presence as well. People are bound to notice it no matter how hard you try to conceal it. I was rather cautious when going about my day as I was wary about accidentally knocking the watch into random stuff. One thing I enjoyed from day 1 was the destro configuration. While it felt odd initially, it didn’t take long for me to develop a liking towards it. Not having the crown dig into your wrist is one of the most pleasant experiences while wearing a watch, especially more so given the size of the Dievas Marine 500’s crown guards. Out of curiosity, I wore the watch on my right hand for a day and the crown guards did make its presence felt.

Coming back to my earlier confession, I was slightly apprehensive about wearing the Dievas Marine 500 because I was worried it might gobble up my super small wrist (6 inches). However, I was proven wrong to my surprise as it is almost a perfect fit with its 46mm lug to lug dimension. Even though the lugs were straight, designing them with a downward slant makes the Dievas Marine 500 very forgiving on the wrist. Had the lugs been designed perpendicularly from the case, the Dievas Marine 500 would be awkward for most wrists. One thing to note about the dimensions is that the bezel is larger than the case (39mm) itself by 2 millimetres or so, therefore the Dievas Marine 500 appears larger than it actually is.

After a few days of wear, the Dievas Marine 500 began to grow on me after I was accustomed to it. It was a joy to wear as it exuded confidence and didn’t require any sort of babysitting or tender loving care. It came fitted with a thick pair of leather straps that were proportionally sized with the watch. I feel the choice of the strap has a big role to play, especially for bigger watches, as anything too slim might result in some flimsiness and how it wears on the wrist. On days that I decided to wear the Dievas Marine 500 for outdoor activities, switching on to a pair of rubber

straps did the trick. From jogs to hikes to cycling to badminton, the watch aced the assignments thrown at it. Legibility was excellent throughout as a quick glance was all it required for me to tell the time with the ably sized watch hands and numerals. The flat sapphire crystal had plenty of anti-reflective coating that aided when telling time from an angle. Unfortunately, I did not have a chance to bring the Dievas Marine 500 along for a swim — the closest I did was to wear it into the shower to wash off any residual sweat. Low-light legibility is excellent as the hands, indexes and dive scale are liberally filled with BGW9 blue superluminova. Given the black and white colourway chosen for the Dievas Marine 500, having the BGW9 is the better choice as it appears white under daylight as opposed to the marginally (approx. 5%) brighter C3 which appears light green in daylight. Reading the date, however, required a bit more effort as the aperture is small. I’m not sure if increasing the font size slightly will remedy the issue but you can get away with the help of your mobile phone anyway.

An ETA 2824-2 powers the watch, nothing overly spectacular here, but it does its job admirably when called upon as you would expect from the calibre. Power reserve comes in at 40 to 45 hours on average so you should expect it to be still running if you decided to switch watches (why would you?) every other day.

The Dievas Marine 500 is a thoughtfully designed watch that will check many boxes for future owners despite one or two pitfalls I experienced. Given its German background, it has been engineered to take on the harshest of conditions and does an equally good job should you decide to pair it with a t-shirt and pair of jeans. Its versatility goes beyond its burly looks and is only limited by your preconceptions and reservations. If you are looking for one hell of a watch that will most likely outlast our lifetime, you’ve just come across one in the Dievas Marine 500.

Next
The 8 Best Watches for Men: Affordable yet High Quality

The Civil Battle From The Rising Sun 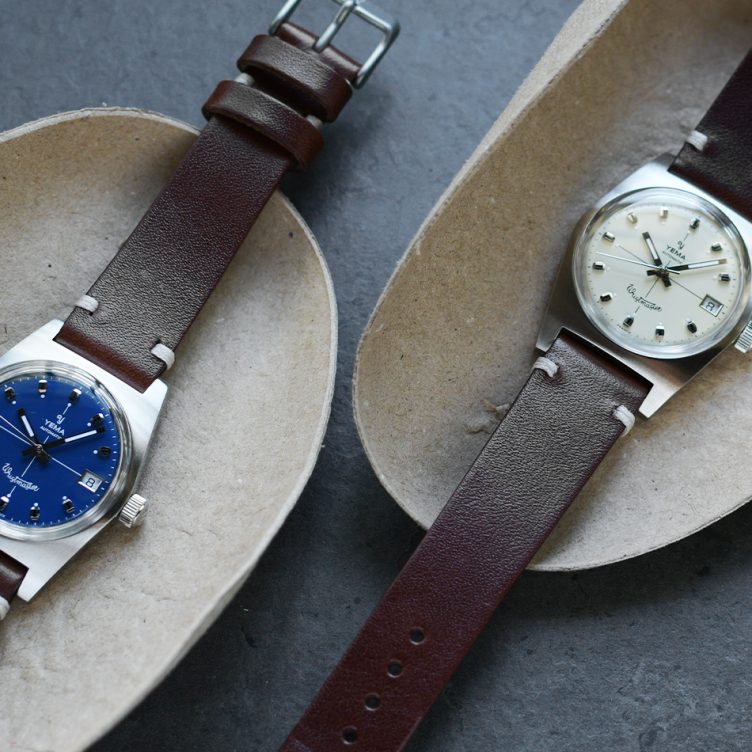