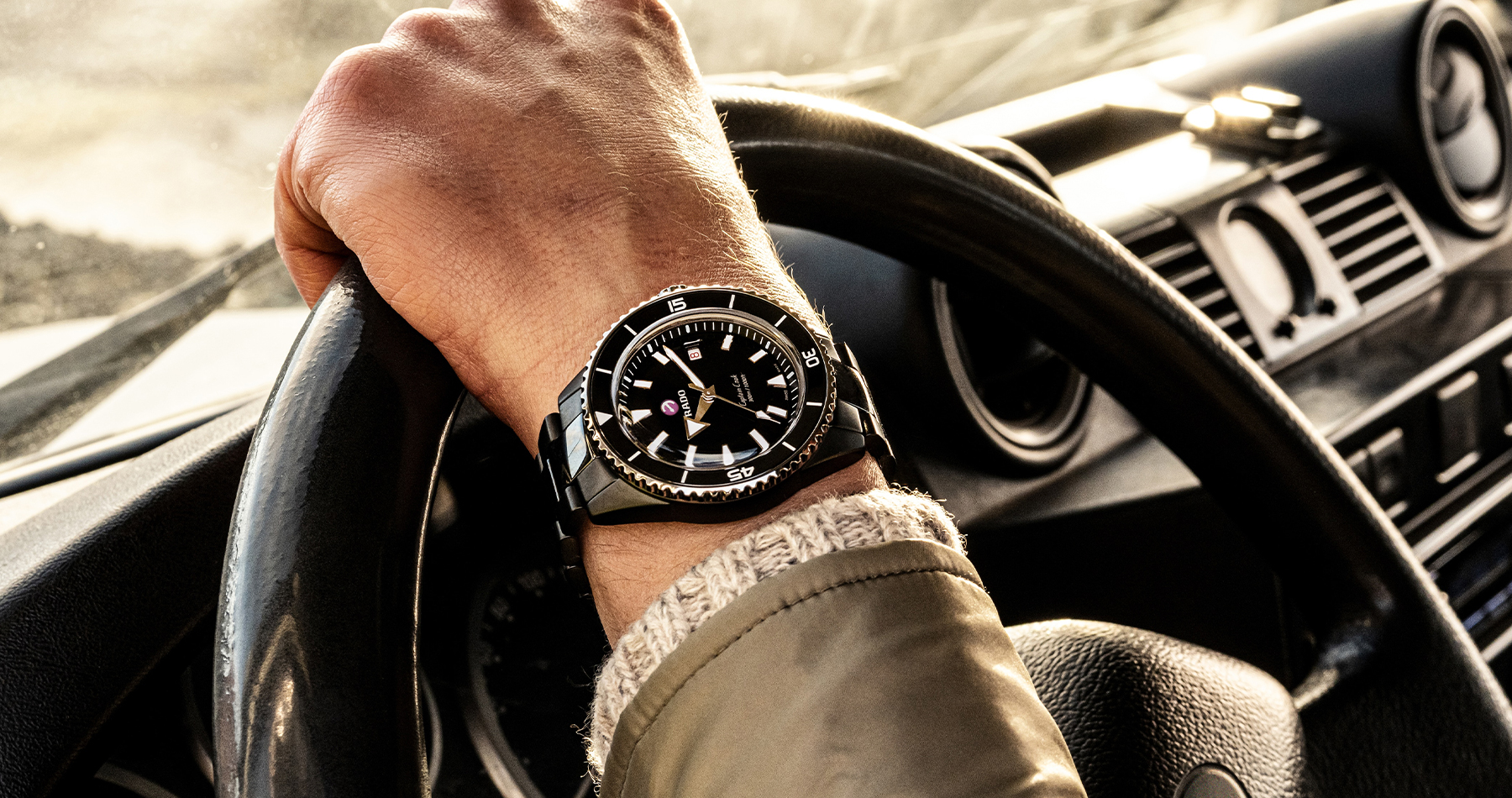 We are all familiar with the brand Rado and some of the timepieces they have on offer. We rave about more notable collections in their catalog like the Golden Horse and Captain Cook watches. I asked a few of my watch buddies if they knew anything about Rado’s brand heritage, and all of them came back with a “not really.” Not many of us know of Rado’s significant history as a watchmaker. Either that or I need new friends. I tend to believe it is the former. In this article, that is what we will be taking a deep dive into. This is a tale of how a trio of brothers with a vision led to a brand steeped in innovation, new-found ideas, and brilliant watches.

Fritz, Ernst, and Werner Schlup set out to become watchmakers in 1917, converting part of their parents’ home into their humble workshop in the small Swiss town of Lengnau. Their company was known as Schlup & Co and solely focused on producing watch movements for other brands. It was hard work, but eventually, their efforts paid off as they signed agreements with various importers worldwide, rising to become one of the largest watch movement makers in Switzerland, focusing on producing hand-wound movements. Schlup & Co also specialized in adapting its movements, whether a private label or stamped with the company’s own name, to the specific needs of its customers.

However, the success of the early days was short-lived. A global financial crisis hit in the 1920s, and the company, with only around a dozen employees, found itself in a lurch. The brothers decided to turn to a two-prong strategy to solve this challenge. Instead of solely selling watch movements, they would also start producing and selling finished watches. Some of these finished watches featured the brand name Rado on parts of the movement in the early days.

This strategy worked to great success. By 1941, about 20 years later, the company boasted over 200 employees and had constructed an actual factory in Lengnau in 1948. However, by the end of WWII, the company’s growth was slowed significantly due to increased competition, particularly from the United States. The market was also evolving, with consumers demanding more automatic movements than hand-wound calibers. Once again, the brothers had to rise to the challenge, and they did so emphatically. They started focusing on producing and selling finished watches. Before the company was known as Rado, the brothers initially wanted to name it Exacto. However, the brand Exacto was already owned by a watchmaker in New York, which forced the Schlup brothers to abandon that idea. I’m not sure about you, but I think Rado has a better ring, so I am glad the Exacto name was discarded. In Esperanto, the word “Rado” translates to “wheel” – one of the most important components of any mechanical watch movement.

“If we can imagine it, we can make it. And if we can make it, we will!” These roaring words accompanied the launch of the Rado Golden Horse in 1957. A first-of-its-kind water-resistant version known as the Green Horse was later released. The timepiece was groundbreaking at that time as it was the collection that announced Rado to the world. The casebacks of the watches featured seahorses, in a special nod to the Golden Horse name. Automatic Rado watches also featured a moving anchor logo on the dial. The anchor was pivoted at the center and was often placed on a red circle meant to evoke a jewel. To this day, the movable anchor logo is still used on all of Rado’s automatic watches. How’s that for heritage?

Innovation at its Core

Rado has always had innovative roots in its storied history. In 1962, they became the first brand to create a scratchproof watch – the Rado Diastar. The watch was made from an ultrahard metal, tungsten carbide, and featured a futuristic design approach, which became a crucial strand of the brand’s DNA. As a result of the case material, if you manage to get hands-on with a vintage Diastar, you will notice that the case still looks essentially brand new. At the time, the watch world was new to innovative materials like the tungsten carbide and sapphire glass Rado was using. It is no surprise then that the Diastar made huge waves worldwide and is a true engineering and watchmaking feat. To this day, innovation in design and materials remains an important element of the Rado’s identity.

The Captain Cook, arguably the most popular in Rado’s current catalog, was released in the same year. Named after British navigator and explorer James Cook, the watch’s design was rather remarkable, boasting an inward-slopping bezel, an original beads of rice bracelet, domed acrylic crystal, and a cyclops above the date window. The watch was also only 33.5mm in size, a very different approach than other dive watches, showcasing Rado’s willingness and ability to stand out from the rest.

Other Rado releases further showcased the brand’s unique approach to watch design and materials. One example is the Rado Anatom. The Anatom was released in 1984 and was touted as a watch that would “mold itself to the wrist for optimal wearer comfort.” It featured a cylindrical sapphire crystal, which was a watchmaking first at the time.

As part of the reorganization of the Swiss watchmaking industry by Nicolas Hayek, Rado became part of the Swatch Group (known as SMH at the time) in 1986, making it one of the few brands to remain part of the group continually this entire time. Not content with resting on its laurels now that it had the stability and resources of a big group, Rado drew on the expertise of those within the Swatch Group to further its research on original, unique materials and design.

As part of the Swatch Group, Rado had increased access to cutting-edge technologies, the best engineering and design departments, and the most high-performance materials. The Swatch Group also gave Rado the framework and platform to quench its thirst for innovation. The Rado Integral was released in 1986, and it had a revolutionary ceramic material in the bracelet to prevent it from scratching. The Integral was also the first Rado watch to use high-tech ceramic.

Ceramic became a focal point for the brand as Rado slowly established itself as the Master of Materials in the watchmaking world, leading to new iconic designs. In the 1990s, Rado perfected the use of high-tech ceramics and introduced two new materials – cermet, a titanium-based ceramic, and high-tech plasma ceramics. Plasma high-tech ceramic enabled Rado to produce watches in many different colors with a metallic sheen while keeping the products hypoallergenic, without any metal used. The 1990s also brought about the release of the Rado Ceramica – the first watch made entirely of black high-tech ceramic – a true gamechanger.

Apart from the Rado Ceramica, the Rado Sintra released in the 1990s was another feat of superb watchmaking and innovation. The first watch was made from a titanium carbide-based composite, combining lightness, hardness, and stiffness in a sensually curved shape.

At the dawn of the new millennium, Rado unveiled the Rado V10K. It is entirely made of a high-tech diamond, synthetic monocrystalline. As the name suggests, the Rado V10K hit 10,000 on the Vickers scale of hardness, making the watch the first to be genuinely scratchproof. The Rado V10K even entered the Guinness Book of World Records as the world’s hardest watch. Rado once again outdid themselves as the true Master of Materials.

The new millennium also further strengthened Rado’s resolve in innovation and design. Rado introduced ultra-thin cases and even crownless watches like the eSenza Touch, where time setting is done by swiping your fingers across the dial. The brand also introduced the Rado True Thinline, a high-tech ceramic monobloc case that measured a mere 4.9mm in thickness. It was extremely light and featured a minimalist design.

Innovation in materials and design has been the driving force behind Rado’s success, and there are no signs of the brand slowing down. In 2021, Rado introduced the True Thinline Les Couleuers Le Corbusier: a series of nine watches with vibrant colors from Le Corbusier’s legendary color theory, each bursting with pure, vivid energy. Like their True Thinline predecessors, these watches are monobloc cases made of high-tech ceramic and are just 5.0mm thick. Rado also released their famous Captain Cook dive watch in a high-tech ceramic case, taking an iconic dive watch and redefining it for the 21st century.

Rado has also not forgotten its roots. Some of the models in their current collection can be traced back to vintage Rado watches of yesteryears. The famous Captain Cook and Golden Horse collections are fine examples. Ceramic watches also still feature heavily in Rado’s modern catalog. These include the Rado True Thinline, Integral, and Ceramica. The Integral and Ceramica watches were pioneers of the watchmaking world, allowing Rado to display their prowess as Master of Materials. The current models do not differ much from their predecessors – they look about the same and still utilize ceramic to offer the owner a lightweight and pleasant wearing experience. Of course, there are also modern updates like an automatic movement being housed inside the Rado Ceramica for the first time in its history.

There is just something cool about a watch with unique materials. Rado has excelled at this throughout its entire history, and nothing seems to be slowing down its innovation and design. Unwavering in its dedication to constantly innovate and modernize, Rado has created a unique legacy for itself, forever cementing them as an excellent, forward-looking brand in watchmaking. What started out as a dream of three brothers in a small Swiss town has grown into the legendary watch company that we all know and love today.

I hope this article has given you an insight into Rado, taught you something new about the brand today, or even sparked your interest in their watches. This article is the first of a two-part series that I will be writing about. If you enjoyed reading this first part and have learned something new about the history of Rado, you will not want to miss a fascinating part two. I cannot divulge further information, but it is one that I am incredibly excited to write about, and I am sure you will feel the same way about reading it once it is published. Stay tuned! In the meantime, should you wish to check out Rado’s collection, you can visit our website here.

How to Choose Watch Dial Color That Suits You Well