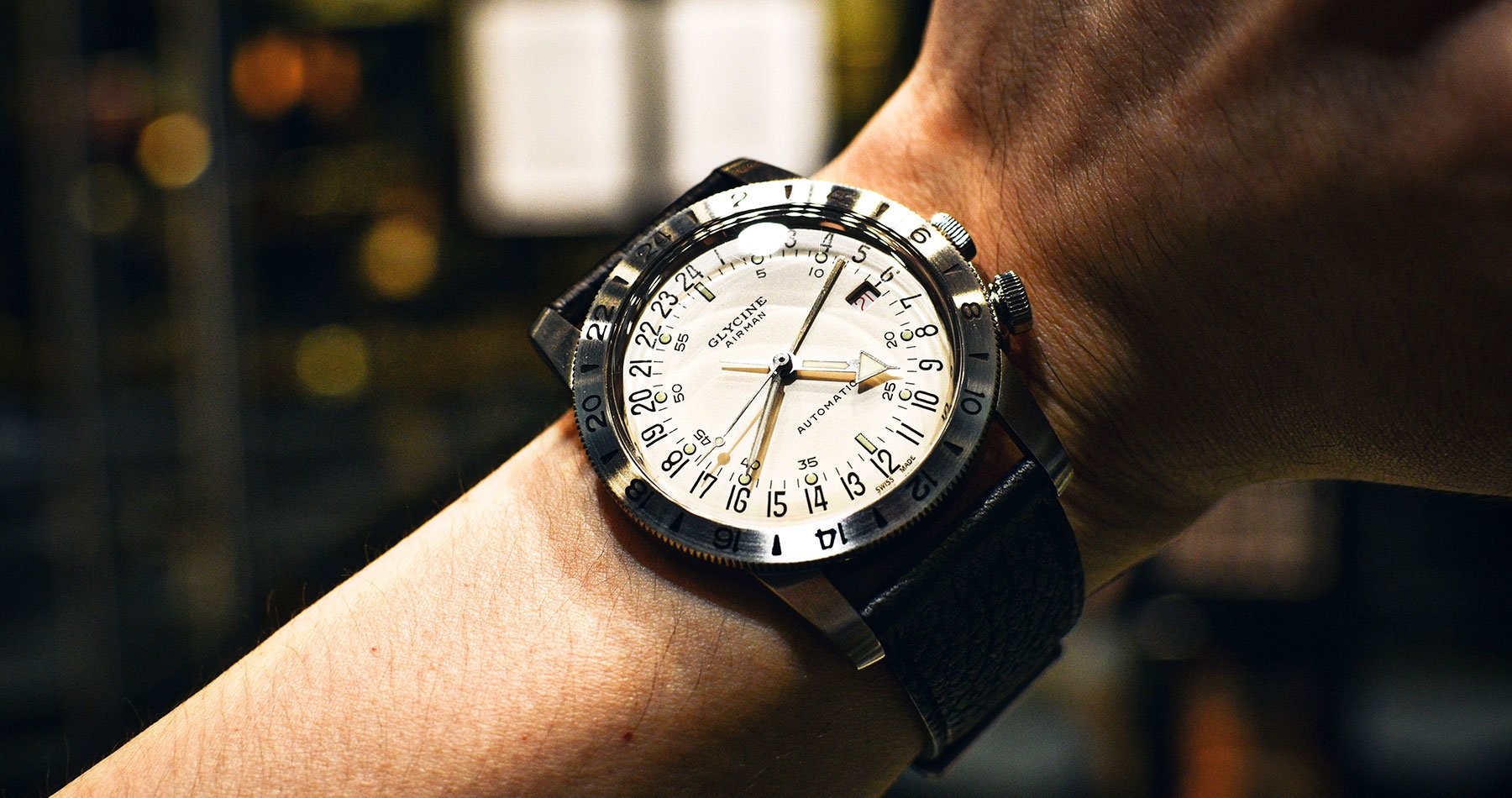 Our monthly highlights on how we rock these timepieces!

The world is now in an uncertain times where we acclimatized an unprecedented, ever-changing social mores. All of us at this moment are fighting the “enemy” together and doing our part to stay safe and sheltered from the pandemic. With that said, not all hopes are lost, predominantly for watch enthusiasts like us. We want to do our part to help in these difficult times, even in the smallest of measures to fan the passion, keeping our love of watches going.

On April 6 this month, we managed to catch some of our members meddling with their own choice of watches (last time for the month) right before we went into the “Circuit Breaker” (Singapore’s stay-at-home protocol) period on April 7. We got goodies from Ball’s latest Engineer Master II to another independent brand Herodia diver Series 1 worn by our after-sales specialist, Justin. At the same time, while he attends to our customers’ inquiries for the day. Let’s get right into them in our April 2020 Lookbook!

Last month, our watch specialist Jasmine went outdoor with her daily-beater Squale 20 Atmos Classic Ceramica, manage to catch some street wrist-checks. However, the virus situation got escalated, so we took hold of our precautionary time in the boutique to let her flex her Ball Engineer Master II Marvelight in black. It might seem big, but it measures a mere 40mm that fits most wrist size. The Marvelight adorned with just enough detailing from the case to its dial to set it apart from the others within the everyday-kind-of watch collection.

What’s noteworthy for the Marvelight got to be its large tritium-illuminated hour plots. Its colossal gas tubes transform the rather conservative watch into a phenomenal ever-glowing light show, but without being overboard to maintain its elegant sensibility. Further, that is her reasoning for picking this Ball among their rest.

We have featured several dive watch brands here on our Lookbook 2020. In light of this, one of our members caught hold of us and stripped off his new Oris Sixty Five Bronze and coax us into featuring it. The Divers Sixty-Five is one of Oris’s most recognizable designs. The aesthetic lifted from their diver watch first introduced in 1965 (hence its moniker).

His particular one drawn inspiringly from the Carl Brashear Limited editions, but now incorporated into the main collection. This Sixty-Five nails a “BICO” design where its two-tone hues of the texture bronze bezel exhibit predetermined notions of what two-tone is all about. Along with its deep blue dial and “fauxtina” handsets and hour plots, this two-tone Sixty Five exemplifies the eighties luxuries, where this trend is picking up in recent times.

If you’ve never heard of Montres Herodia yet, let us fill you in. Born in 1948 in a watchmaking town along the Jura valley, known as Reconvilier (a city that still exists) by Henri Bargenter, who was a mechanical watchmaker. However, they went silent right during the Quartz-crisis era until today. Through decades of perseverance, Herodia has been part of the emerging trends of the 50s and 60s, offering reliable mechanical watches, and all being strict “Swiss Made.” The Series 1 Athos is the blue variant diver’s watch that is owned by our after-sales specialist, Justin (some of you guys must have known him by now), and we requested a casual wrist-check paired with his matching blue jacket.

Unlike our other members who wore his on a vintage leather (check out February Lookbook), Justin wore his “nautical” cushion diver on our latest Marine Nationale OG Elastique strap, lending it that refreshing singularity of its purpose with along some old-timer, 70s “military diver” kind of ethos.

Although there has been a lot to be excited about with the latest Presage Crown itself, our guy was most compelled by its history on his black variant. The whole aesthetic gets beefed up ever so slightly to 41mm, that still takes after the first-ever chronograph that Seiko has brought forth to the world; the Crown Ref. 5719-8992 in 1964. Despite the absence of the chronograph functions, his SARX073/SPB131J1 resembles thoroughly to the original case and dial executions, albeit executed in a cut above its predecessor.

Our guy has swapped out its bracelet for sporty Bally big stripes nato G10 nylon strap, transforming into a sporty-chic that proves the Presage Crown possess much versatility and robustness, that is more than just a dress model.

Following the tribute and built-with-purpose ethics, my very own Glycine Airman 40 Cream manifests in these areas. I have worn this tool watch to its purest form without swapping out its original leather, and it returns the compliment every single time. It throws me back to when Glycine has just created the legendary traveler’s watch in 1953 with a real sense of purpose, that has assisted humanity in numerous flight journeys, not only on Earth but in space travels during the 60s.

Although mine does not have the “purist” form, I tend to find the Airman 40 GL0164 to be slightly more utilitarian with the usual 12 hour readings on the one hand, and an additional 24 hour hand for the second time zone on the other, sorry for the puns. Nevertheless, I never find it throws off any of its charms, only to be satisfied with my appetite for an authentic vintage-inspired, purpose-built GMT timepiece. 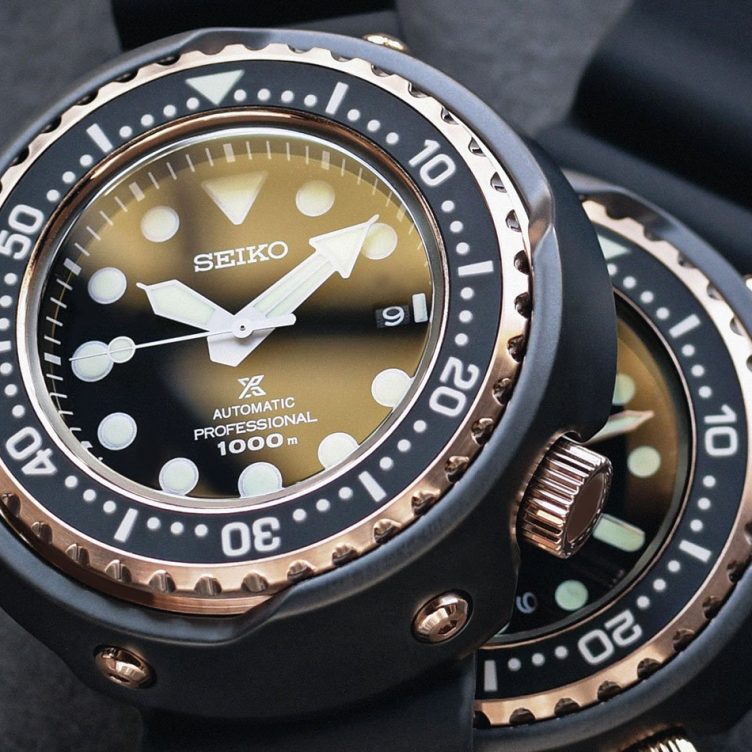 The Clash of the Emperors
View Cart Checkout Continue Shopping