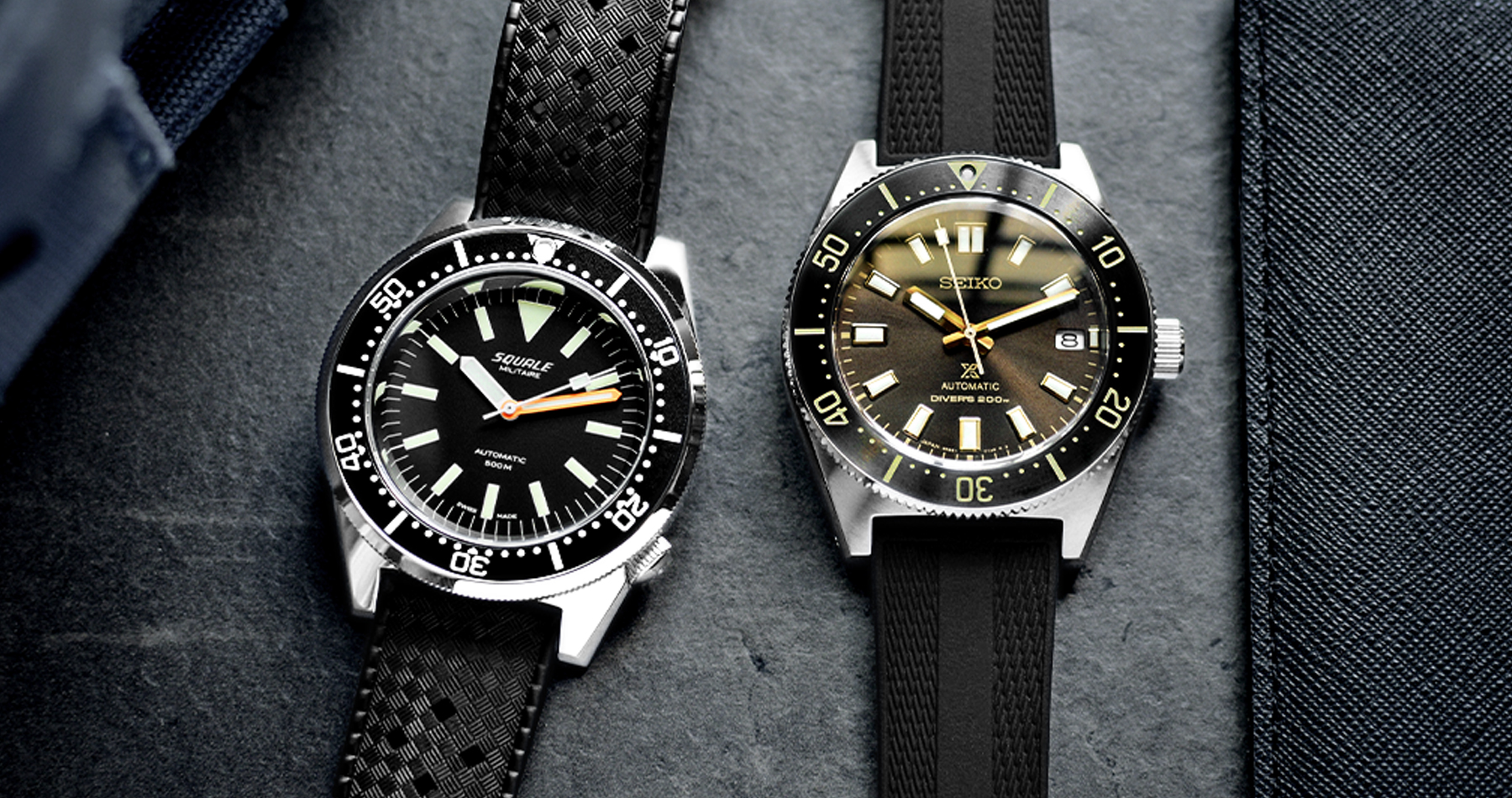 Our monthly highlights on how we rock these timepieces!

So we have rolled past half a year already, and to be honest, things seem gradually heading back to the “norm” ways. Well, at least on my side of town. Everyone’s out, which leads to more traffic congestion and queues at your favorite dining places. These are inevitable, but on the bright side, things seem to be back on track, and on the positive side of things, formal gatherings or long-lost reunions that are filled with refreshing hearts. With these going on, it’s an excellent time to dust off your watch rolls and boxes to bring out those watches kept in there for a while. If you have not done this yet, I’d suggest you do so as it genuinely helps to spice up your day, while each timepiece might help you revivify the very reason why collecting it in the first place.

Since we are on watches, I will stick to the Skin-divers’ ethos from individual brands that are known for offering for this month’s lookbook. Before we get there, I’ll get you up to speed on what’s a skin-diving dive watch. The prominence of skin-diving sports date back to the mid-fifties when this particular hobby was casually picked up by civilians worldwide. Similar to snorkeling, skin-diving is essentially submerging underwater but most of the time at a deeper depth. Therefore, divers need more than just an essential snorkeling goggle. Often, they’re required to suit up in their diving gear – here we’re talking oxygen tank and fins – enabling them to breathe and maneuver better underwater. Undoubtedly, the heat for sports started to skyrocket. Many watch companies unambiguously decided it was time to cater to this uprising market. In this lookbook, I’ll highlight all the elements of what makes a formidable skin-diver with these five members. So let’s begin.

The case shape of the 62MAS bestows the uber skin-diver’s look, and this SBDC105 harks back thoroughly to its origin. It is based on Seiko’s first-ever dive watch, known as the Ref. 6217-8000, or A.K.A. the “62MAS”. Since it was released in April 1965, the form and function did not alter much other than better built through modern materials.

The SBDC105 fits seamlessly on any wrist because of the strategic L-shaped lugs design and curving inwards on both ends, where they both meet mid-case to form a square shape. This 40mm watch comes fitted with a vintage sunburst cappuccino brown dial, viewed through a modern curved sapphire crystal. Seiko has treated the skin-diver case with its DiaShield coatings that ensure scratch protection and more excellent corrosion resistance to strengthen the skin-diver case.

The first debut from the micro brand Hitori starts with the unmistakable skin-diver design with modern specifications. This second one comes close to the previous SBDC105 but with a splash of fun. If you would like to know more about how this fares, I have an in-depth comparison with Seiko’s collection, therefore I shall not spend too much time on the nitty-gritty.

The Hitori Ryukyu Diver completes the checkboxes of an oriental Skin-diver that rivals those upcoming Swiss watches that I am about to share. But what I would like to highlight is the refreshing oceanic blue dial (close to that of Tiffany & Co. color) that represents the perfect skin-diving islands known as the Ryukyu Arc in Japan. Other than its thematic dial, the bezel might be what “Seiko” collectors might seek in the future 62MAS series, and that is a ceramic bezel insert for better durability.

If you’re familiar with the Squale brand, you would know that they are one of the pioneers to originate the Skin-Diver. With “blood in the water”, the Von Buren Case manufacturer launched their Ref. 1521 back in the early sixties and has kept the steam going till this day. Unsurprisingly there’s a wide variety of these 50 Atmos (500m W.R.) divers in which they held the singular form of its genesis. And today, we have one that combines that with a no-frills military dial.

The 50 Atmos Militare Polish shines with an entire polished case that exudes certain elegance on top of its retro charm. Lies below its flat sapphire crystal, we see a non-date, matte dial that harks back to those military creations like the Omega Seamasters and the Rolex Mil-Sub Ref. 5517s. Now paired on a vintage rubber strap, everything clicks right here.

You might be familiar with what a skin-diver looks like, but truth be told, there are some other conventional designs like this Yema Superman Skin Diver, for example. Yema’s skin-diver adventure started in the early seventies but did so with their signature Superman dive watch from 1963. They had passionately begun working on a watch with almost equivalent specifications to the Superman but dedicated to a broader audience of enthusiasts and recreational divers.

Today, Yema re-lived the era with this Skin Diver 41mm, although it closely resembles the original Superman. But I’m not complaining here at all. The Superman Skin Diver (okay, it’s the two combined) kept the ingenious bezel lock system that gave its unique look and the “scale” metal bracelet a brilliant reintroduction. And this is one of those distinctive recreational dive watches that stands out from the ocean of skin divers. Kudos to the French Maestro.

Last but not least, the Engineer Master II Skin-diver Heritage by Ball combines a resolutely vintage 1960s design with the codes and technology of contemporary watchmaking. This Chronometer grade Engineer Master II Skin-diver Heritage Black takes its inspiration directly from the first “BALL Skin-diver” timepiece conceived in 1962 in response to the increasing popularity of underwater diving in the United States, the original homeland of BALL watches. Although it looks like those L-shaped lugs skin-divers listed above, this one gets all tacky with what BALL is capable of.

The Skin-diver Heritage bears numerous modern technology that only BALL could execute. For instance, a ceramic bezel insert might not just be enough; they included 15 micro gas tubes on all its hour markers and hands for continuous nighttime reading. The watch’s engine is then chronometer-certified and protected within Ball’s Mu-metal shield for unsurpassed anti-magnetic of up to 80,000A/m and shock resistant to 5000Gs. This is Ball’s marvel at best, where both “vintage” aesthetics cross the path of modern technology.

Top 5 Dress Watches Under $500 for Affordability and Style 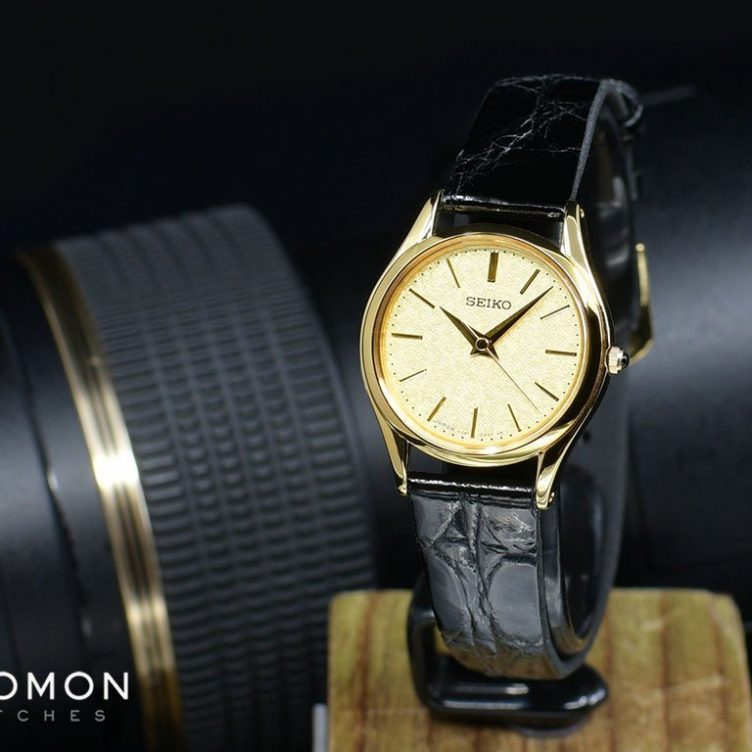