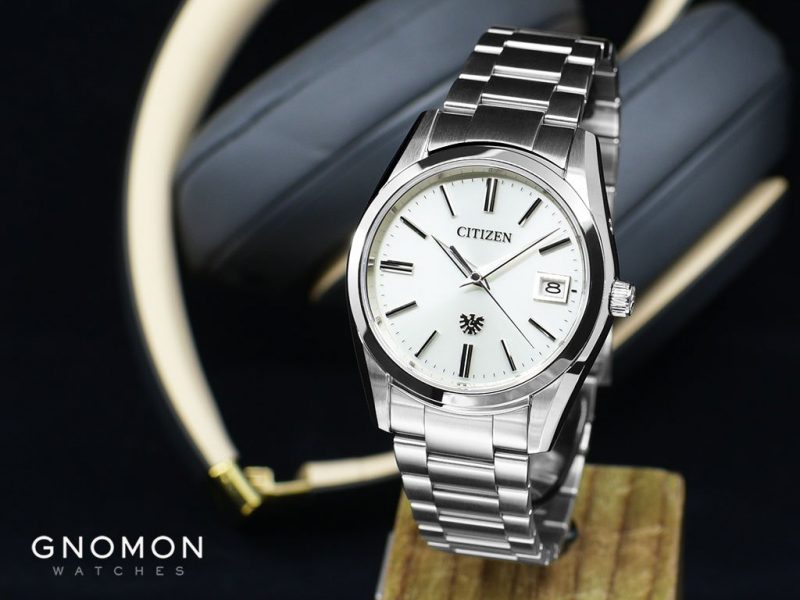 Citizen Eco Watches: An Advanced Quartz Watch on Your Wrist

A pack of true craftsmanship and advanced technology.

Having a watch with quartz movement definitely defines accuracy and its low maintenance that make watch collecting turns easier. However, it also comes with shortcomings including the hassle to change the batteries and throw away the dead batteries. Is it the end? Of course not, the depleted batteries would be another problem for the environment. It contains dangerous chemicals that are hardly decomposed. Therefore, in response to this issue, Citizen takes a lead by introducing its Citizen eco watches.

The quartz movement was very much sought after by watch enthusiasts in the 1970s until Citizen appeared to take over the stage with an advanced technology watch movement in 1976.  The innovation of Citizen eco watches was introduced as Citizen Eco-Drive technology that works in line with Citizen’s “Better Starts Now” brand statement. The name is also an indication of acknowledgment of its eco-friendly goals.

What are Citizen eco watches?

The Citizen Eco-Drive technology absorbs light and converts it into energy as the power to make the watch tick. The light could be of any kind, be it direct sunlight or the artificial one (fluorescent lamps) to which the watch is exposed to. Once the watch dial is exposed to light, the watch will charge itself and the energy surplus will be stored on a power cell — which is a rechargeable lithium-ion cell.

Therefore, it changes the whole concept of using and changing the battery as the watch will run using a light source — thanks to Citizen. Coming with an easy and innovative breakthrough in finding a new source of energy for watches, no wonder that Citizen eco watches deserve a phenomenal acknowledgment. It is also reported that the Eco-Drive technology in Citizen watches managed to reduce the use of batteries by over 10 million in North America, alone. Isn’t this a great move to preserve our environment?

What is special about Citizen Eco-Drive technology?

No need to regularly change batteries is definitely the most special thing about Citizen eco watches. The wearer could enjoy using the watch without much concern about changing the battery. In addition to that, the technology of Eco-Drive also offers a number of technological advances to provide a reliable watch. The citizen tries to give the most for the watch out of the light energy. Therefore, the Eco-Drive watches also feature the creation of reducing energy consumption through some advanced functions.

The insufficient charge warning function helps the wearer to know when the charging process is still inadequate. It will make the second-hand moves in two-second increments as an indication. Make sure to expose the watch under the light immediately. The Citizen eco watches are also equipped with a power save function. When the watch is not exposed to light for quite long, this function will stop the hands to save power. It would be back to its normal function when exposed to light. To top it off, Citizen has ensured the wearer with many conveniences by featuring a light-level indicator in its analog quartz watches. Indicating the intensity of light striking the dial will come in handy with this function.

Keep ticking even in a dark environment

It captures light, converts it into energy, and stores it on a power cell. That way, Citizen eco watches would still tick in dim light or even in a dark environment. It can live through months after full charging and put in total darkness. As mentioned above, the advanced functions, such as the power save function that will stop the hands’ movement to reduce energy consumption.

Regardless of the fact that the watch wouldn’t be able to show the correct time, the internal quartz movement will, still, track the time accurately. Thus, in time when the watch is exposed to light, the watch will resume ticking as usual in the correct position. Indeed, it deserves a title as an everyday watch that never stops along with its low maintenance.

A complete pack of impressive performance and magnificent look

Quartz watches might undeserve serious attention from zealous watch collectors. Most of them may think that quartz doesn’t possess the value of art as in mechanical or automatic watches. But Citizen eco watches are not the ordinary quartz watch as it offers an advanced technological power source for a watch named Eco-Drive technology — It’s another form of art.

Let me introduce the Citizen Eco-Drive Sunray Silver Ref. AQ4080-52A that comes with a classy white dial. It is powered by an Eco-Drive A060 with high accuracy quartz (HAQ) movement, a reliable watch movement powered by natural and even artificial sources of light. Citizen doesn’t only provide impressive functionality with its Eco-Drive technology but also gives detailed attention to their watch’s appearance. Try to take a closer look at the case that has been highly polished with the ‘Zaratsu’ technique and fine satin brushing above the lugs. This watch displays a remarkable level of refinement.

The silver color that dominates its look paired with a solidly built 19mm stainless steel bracelet creates a magnificent yet casual look that would be fine for both formal meetings and everyday wear.  Precision timekeeping with a stunning beauty is what the Citizen Eco-Drive Sunray Silver is meant to be.

The invention of Eco-Drive technology is the main highlight that captures my attention over this watch brand. Being a pioneer in a light-powered timepiece, Citizen redefines the value of having a watch on our wrist. Not only do watches tell the time and serve us with a range of practical functionality but they could also be part of preserving the environment.

The Citizen Eco-Drive technology watch is presented with a range of choices from colors, style, materials, and features. Along with its great functionality, it also comes in handy with low maintenance. It even can run properly for as long as seven years with good treatment.

Previous
Travel to Many Places, One Needs Capable Adventure Watches

Next
All Dial Watches for a Bigger Piece that Captures Everything