A charm that creates an appealing beauty

Truth to be told that there are a lot of things about wristwatches that are appealing to the heart of its enthusiasts. One of my favorites is their ability to glow in the dark which is also called luminous watches. I might not really look at a time in a dark environment but watching a crisp glow on my watch dial is a fascinating view that I would do repeatedly. Therefore, the lume material used in a watch is also on my list prior to a watch purchase to get the finest glow in the dark watch.

Many watch brands have put much attention on their lume performances and play on the design to make not only a clear glow on the dial but also an appealing design along with the watch indices. The development has advanced in terms of the materials used to build a glowing reputation, such as the birth of LumiNova and Super-LumiNova which provide a different taste of glow.

Luminous watches have come a long way to offer a better dial view in a dark place as some professions might require time-telling in such situations. In this article, I will talk about glow in the dark watches and what makes them glow. Wonder no longer! Read along until the end to find out.

The Early Story of Glow in The Dark Watch

Every watch brand has its own way to design the lume and make the most of its glow in the dark watch. Some of them put much attention on the hands, some others on the markers, while the others might put a fair degree on both. A different degree of lume will create a different taste of glow. Yet, still, consistency to make a crisp glow on the dial is what is important.

Back then before lume was invented, watch manufacturers use radium to treat a clock or wristwatch’s face so that it glows in the dark. A fact to know, radium is a radioactive material that is a dangerous thing to use. Yet, it’s undeniably effective to make a glow in the dark watch. The workers, which were mostly women, mixed radium with zinc sulfide (a phosphor) to produce a bright glow on the watch dial.

It was still during the 1910s when the world was in WW1, and having the chance to paint a luminous material for the soldiers’ watch was thought to be an honorable work to help them during the war. But not until the women workers began to suffer from anemia, necrosis on the jaw, bone fractures, and death. After that, the use of radium was entirely stopped and banned in 1968.

Ever since then, radium was not used to make glow in the dark watch anymore. But, a watch with radium can still be found although it should be treated with much care to avoid damage.

After the removal of radium to make glowing watches, another radioactive material comes to the rescue, tritium — but it’s far less than radium. That makes tritium safer to be applied on watch dials compared to its predecessor. Currently, tritium can be easily spotted in tactical watches as it exudes a continuous pleasant glow in any light condition.

The use of tritium would benefit the watch to always glow. But, its performance will decrease over time to about 50% duller in the dark every 12 years or so. The application of tritium is used by mixing paint to create the forerunner to modern, radiation-free luminova. However, the entire condition changed in the mid-’90s.

The experience of facing the dangers of applying radioactive material on watch dials has brought a Japanese, Kenzo Nemoto, to invent non-radioactive formula. That was when the history of Luminova began and led to the birth of Luminova in 1993.

After that, the RC-Tritec AG also took part in the formula, joined with Nemoto, and produced the luminous material to supply the Swiss watch industry. The product was branded under the name of Super-Luminova with upgraded features than the original Luminova to offer double glowing brightly.

Unlike the other two, the current material used to make glow in the dark watches doesn’t use excitant at all. Instead, it uses strontium aluminate known as an efficient phosphor for a perfect and crisp glow. It can offer ten times a brighter and longer glow than zinc sulfide.

In addition to the aforementioned types of material used to make a glow in the dark watch, Tritium also made a comeback. It was introduced in an encapsulated glass known as tritium gas tubes. This new way gives a result in less risk than the previous version (tritium paints). Tritium gas tubes are widely used until now by popular watch brands, such as Marathon, Ball, and Luminox.

Recommendation of Glow in The Dark Watches

Nowadays, many watch brands opt-in for SuperLuminova to make luminous watches. This material is a human-friendly option that wouldn’t give any harm. The SuperLuminova itself has been upgraded to several degrees to perform a different taste of glow in the dark watches. Usually, there will be codes, such as C1, C3, BG W9, and so on. The codes indicate different lume colors.

Below, I’ve summed up some of the good choices for glow in the dark watches. Let’s directly delve into the list!

The watch has an overbuilt appearance. It appears to look so bold and aggressive to please whoever looks at it. As it Ball’s, definitely, the signature tritium gas tubes are worth a mention. Thanks to that feature, the Engineer Hydrocarbon AeroGMT II can maintain high visibility through prolonged periods of darkness.

Ball mentions that this timepiece has 43 tritium tubes in total, resulting in long-lasting luminosity. That feature wouldn’t need a recharge from any outside light or energy source for up to 25 years. Each tritium gas is filled with self-powered tritium gas whose energy is released when the H3 molecules strike the tubes’ internal surfaces. Not only looking all striking on your wrist but also an exceptional glow in the dark watch.

Moving to a Japanese watch brand, this Seiko Prospex “Save The Ocean” King Samurai also offers a range of great features in it. As an innovative watch brand, Seiko makes its own luminous to make glow in the dark watch. Seiko LumiBrite is Seiko’s luminous material that boasts to be brighter and longer-lasting than the conventional luminous paints.

The Seiko’s proprietary LumiBrite lume allows the watch dial to glow exceptionally bright in dark lighting conditions. As for this King Samurai, the lume is applied on the prominent handsets and markers. Seiko also ensures its consumers that LumiBrite is free of radioactive materials for a better experience for the wearer and the environment.

Marathon watch brand is also known for using tritium gas tubes for their watches. Known for its tactical watches, it’s no wonder to apply tritium gas tubes as its luminescence won’t easily fade away as in Luminova. The GPQ Official USAF Officer’s Watch is a rugged-looking timepiece and specifically built to follow military standards.

The watch incorporates tritium gas tubes with MaraGlow on the syringe-styled handset and a total of 15 tritium gas tubes (Isotope H3) on top of its Arabic hour markers. A fair application for ensuring nighttime legibility. Having the tip of the second hand applied with one micro gas tube allows the watch to give maximum legibility in the dark for many hours without a need for an external light source.

A tool watch that is adored by many due to its rugged and tough-looking timepiece. Despite the heavy looking, it is made of carbon that makes it lightweight — comfortable to be worn all day long. As a reliable tool watch, Luminox opts in for a tritium gas tube for giving legit dark legibility.

As to how a tritium gas tube works, it doesn’t need any recharging and lasts for 25 years without losing its luminescence. The tritium is applied on the second hand and hour markers. It gives an exciting mix of orange and blue colors on your watch dial.

Rolex is known for its Chromalight luminous glows that give a distinct brightness to the dial. Let’s take a peek at the latest Submariner edition, the Rolex Submariner Oyster Perpetual Date Ref 126610LN. The watch has unleashed an incredible demand among its enthusiasts with upgrades on the case and movement.

As you can expect from Rolec Chromalight, it gives an enchanting blue color that will give a crisp glow in dim light. The lume is applied on the triangle at 12 o’clock, hour makers, and bar-shaped markers at 6 and 9 o’clock for giving a clear mark on the hour. Besides, the lume has also been well-applied on the dot of second-hand for a function check.

After all, glow in the dark watches are just another form of craftsmanship in the world of horology. The watch’s ability to offer a glowing dial depends a lot on the quality of the material used. So, whether you are in for a clear lume or put in as secondary options,  glowing watches will always be an appealing point that creates wonder among its community.

Previous
Our Top Picks: The 7 Best Full Gold Watches on the Wrist 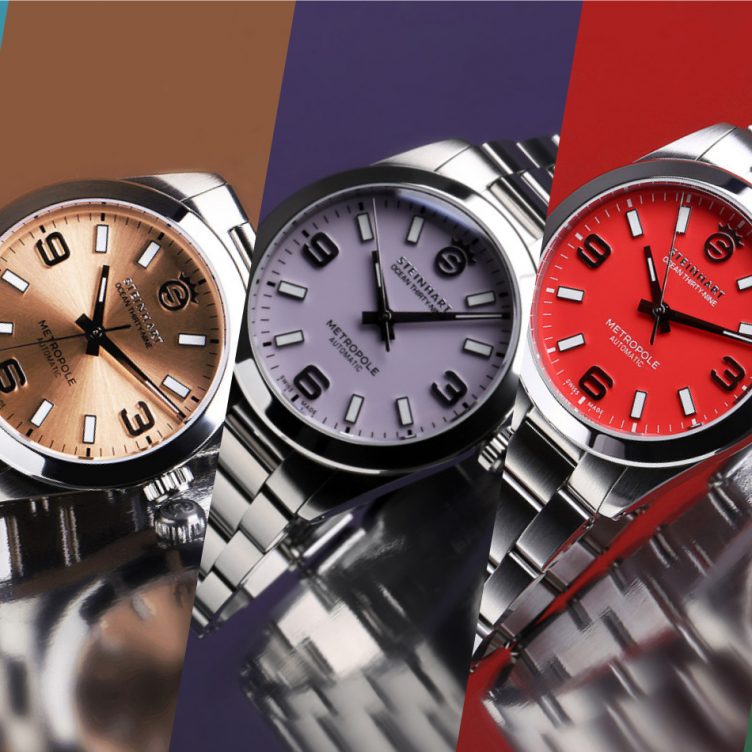