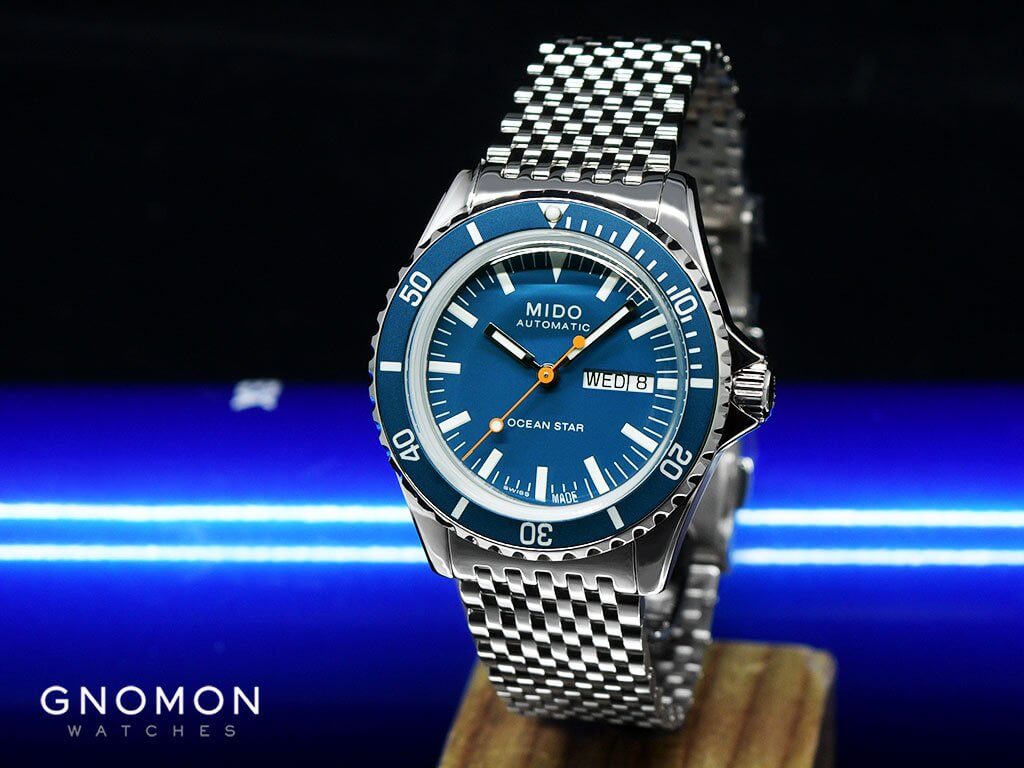 Homage Watches: an Art of Classic Vintage or a Lazy Ripoff?

Reviled yet beloved by many. A taste of luxury and form of appreciation -- these are what is so-called a world of homage watches.

I believe that every watch enthusiast wants a high-end luxury timepiece, a Rolex GMT, and Submariner next to an IWC pilot watch. Well, no need to ask how much we would spend to afford all of those avant-garde timepieces. Eventually, in the watch world industry, there is a way to put these luxury watches in one box labeled with more affordable prices. This is a thriving category called homage watches. It is still a debatable topic – and guess would always be – as the perspective falls into two categories, reviled yet still loved by many. I would say this is the most interesting case among watch enthusiasts.

First of all, I would try to put the matter in such a chronological manner to make things clearer. Homage watches often look up to famous timepieces, be they in the past or the ones in the current trends. It could be vintage watches or contemporary ones with a stunning visual. Definitely, the point is that they have a fraction of the inspiration’s price. This point is the trigger of every topic talking about a homage watch. They took the design of a high-end watch and sold it at an affordable price for everyone. Did they?

They did pick up certain elements and probably make a timepiece as their muse, but most of the time, a homage watch took one clearly defined style in a watch. A homage should not be confused with replicas — fakes are far behind. As a watch enthusiast, I have my own definition of pride from having a stunning watch on my wrist and definitely, fakes are not my things.

The homage watchmakers are not trying to be the real one either hiding behind a well-known brand to make a profit. They would not put other brand names illegally on their dials. Rather, they provide accessibility to a new realm of affordable homage watches for those who seek out a taste of luxury timepieces — the price of high-end watches is often out of the majority’s price range. Meanwhile, replicas just want to take for granted a famous brand name.

In addition to that, homage watches are also a good way to pay tribute to heritage watches from the past. Some pieces might be not produced or be the rarest pieces, such as Patek and A Lange watches. Therefore, a homage watch could be perceived as a form of appreciation for the magnificent one in the history of the watchmaking industry.

What is a homage watch, actually?

Wearing and buying a homage watch would do just good for me. It’s my right to have my watch choice as far as I still appreciate the hard work of craftsmanship into making the art of watches. I pick my own watch, the one I love the style and I need the complication on it as well as the one that I can afford. So, what is a homage watch for me?

There aren’t standard rules to specify homage watches. As for me, a homage is a timepiece that took inspiration from high-end watches. I would say they recall the beauty of a specific famous watch instead of stealing others’ designs. They captured the look as to how an artist got a new idea from another’s work to make another impressive piece of art. Nothing is truly original and nothing comes from nowhere as one thing might be born from another. Accomplishments of others could be a way to build our work.

Sometimes, defining a homage watch could be complicated for me. Is there one point that makes a clear category for timepieces considered homage? Let’s consider a case to portray the image. There are a lot of examples of watch brands that make homage to great timepieces from their past.

Rolex, for example, introduced its Air-King that pays tribute to aviation history during the golden age in the 1930s. Featuring a distinctive black dial, the watch was designed to resemble the original Rolex Oyster. The name of Air-King was also specifically designed with the same lettering for the model in the 1950s. With that being said, is Rolex Air-King homage or the real one? Is a homage watch only bad when manufactured by brands except for the one who sold the original?

Further, how would you describe a watch? A round shape case, a leather strap or stainless steel bracelet, a polished case and bezel, a sapphire crystal, an aesthetic crown, and luminous hands. These may be the most basic elements on a timepiece. Many share the same traits, as it is what a watch is. Well, some might take a unique approach to make a distinctive design but, still, the most favored design would be the one that has been in common trends. So, what is the point?

When a watch brand took inspiration from a certain Rolex watch and included the Mercedes-style hand design on their watch, does it make the watch a homage? How far is a watch considered a homage? Where is the pinpoint when a watch is called similar to homage or worse, a lazy ripoff?

As long as it is made ethically, I would say that having homage watches isn’t a bad thing to do. I don’t steal it from anyone. The world has enough room to provide everyone with any type of watch they like, from luxury and high-end watches to small watch brands with their homage. Yet still, some might consider homage watches should not be allowed to be part of the horologist world.

The Steinhart Ocean 1 Black Ceramic was my first homage watch with a Submariner style. It looks slightly bigger and works elegantly fine with its Swiss movement.

Do the best homage watches exist? I would say, yes they do. There are dozens of brands that produce them but among all, Steinhart is still my most favorite one — a German brand that has been doing a respectable job in making homage watches. I personally have collected several pieces of homage watches as I’ve listed below.

Aside from capturing the elements in luxury watches, a homage watch is also made by the original brand, also known as a reissued collection. As one of the prominent brands for diving watches, Seiko reissued one of their historic dive watches in 1965.

The Prospex 62MAS 200m Professional 55th Anniversary is a homage watch of Seiko 62MAS to commemorate the Seiko Diver 55th Anniversary. It highlights the use of the Ever-Brilliant Steel to offer a robust construction.  The main changes from its predecessors lie on its stunning marine blue dial that adds a delightful change. Inside, the Seiko Caliber 8L35 automatic movement lies to make the watch run reliably.

Reviving the legendary spirit of diving watches in the 1960s, Mido brings back a resonant part of its heritage watch in the form of the Mido Ocean Star Tribute Blue M026.830.11.041.00. The overall design perpetuates the vintage 37mm Mido Skydive Diver and Diver Scuba with an enhanced upgrade on its movement.

It is powered with the caliber 80 of MIDO based on the ETA C07.621 that provides a full 80-hour power reserve. Further, it brings the watch to fit a modern taste with a 40.5mm in diameter, a slightly bigger one. While elevating the luxurious sides with a well-done finishing, this watch keeps the iconic straight lugs mid-case design to exude the 60s look.

The Steinhart Ocean 1 GMT Blue/Red captured a clear resemblance to the Rolex GMT-Master II. With a black dial and two colors of blue and red on its ceramic bezel, this timepiece could be the best alternative to the popular timepiece of Rolex GMT. The difference could be spotted through the bracelet, while Rolex features a Jubilee oyster steel bracelet with 5-piece links, Steinhart has 3-piece links stainless steel bracelet.

It appears in a bigger case with 42mm in diameter and exhibits an exceptional GMT performance. Working inside the case, the Swiss-made with ETA 2893-2 élaboré automatic movement runs reliably, making this homage a great choice to have an impressive watch for only $550.

Highlighting its iconic dial design that looks like dive watches in the 60s and 70s, the Squale 20 ATMOS MAXI Ceramic – 1545 – SEL Bracelet resembles a modern Rolex Submariner. The watch is equipped with an anti-reflective sapphire crystal and furnished with a screw-down winding crown. A date window with a magnification lens, SuperLuminova for the hour markers, a 200m of water resistance, and the Swiss ETA 2824-2/SW200 automatic movement — a complete package of an impressive watch in great pricing.

To wrap up this discussion, I would define homage watches with this sentence — they are the ones that pay respect to another watch by capturing certain design elements to make a more affordable timepiece for the majority. They’re not purporting the original. My opinion is definitely not the final word that would justify everything. With my most respect to the watchmakers in the world, homage watches are also part of the impressive craftsmanship to produce timepieces that could be well-performed.

Previous
The Beauty of Skeleton Watches: Watch Your Timepiece Ticking 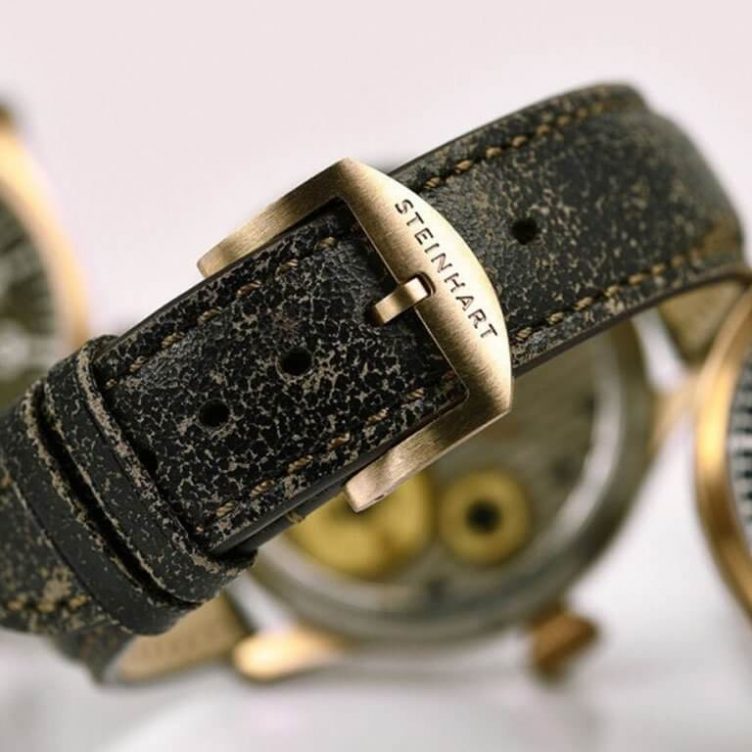