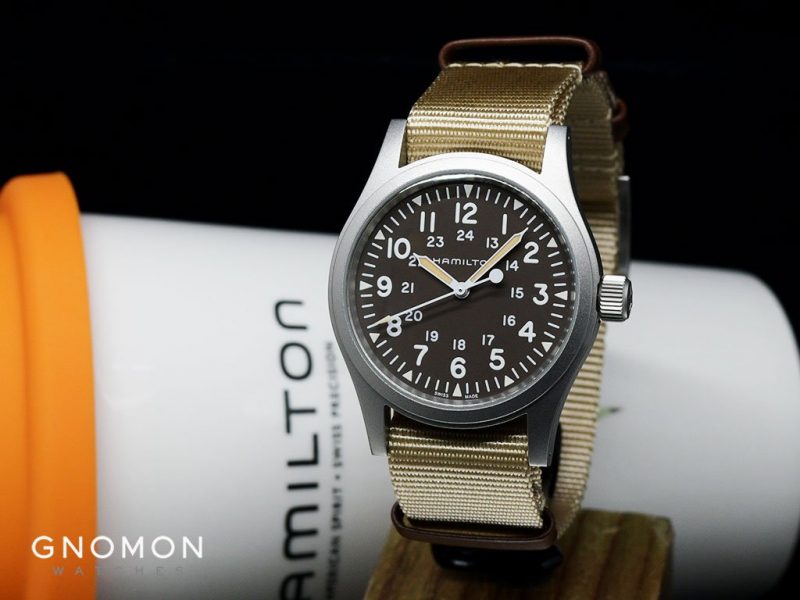 How Do Mechanical Watches Work? Scrutinizing The Inner Parts

Scrutinizing the art of craftsmanship inside mechanical timepieces

Wondering how mechanical watches work was the first thing I found complicated about a watch. It was getting more confusing to know a watch that does not need batteries to run. I didn’t exactly understand how the intricate parts in it make the time sweeps only with the process of winding.

But as time goes by it is just a matter of time until you are curious about other things. Enjoying how those components work harmoniously together to be a reliable watch is truly a moment of art. So, while you are still here, let’s talk more about how mechanical watches work.

What is A Mechanical Watch?

A mechanical watch uses a mainspring that needs regular winding. The power that sweeps the hands across the dial and controls further complexities, such as a date function, a moon phase, or a chronograph, derives from the unwinding mainspring, which also rotates the gears at various speeds. This process allows the wristwatch to tell time. A mechanical watch particularly depends on how the process of winding would operate every element in the watch.

See also: Scrutinizing Watch Movement Types and How They Work

How Does A Mechanical Watch Work?

The crown: set and wind the watch

The crown is connected with the inner parts, such as the setting jumper, gears, pinion, setting lever, and yoke. When you pull out the crown to set the time, the setting jumper locks the crown mechanism. That way, it won’t be pushed in easily with its indents.

The other elements, such as the lever will do their work to make the yoke move. It makes the sliding pinion into connection with the gears that spin the watch hands. When the crown is pushed in for winding, the gears connected to the mainspring are turned by the sliding pinion. From here, the watch can run smoothly.

The mainspring: the watch’s energy

A mainspring is a flat hardened metal that is coiled into a spring. This element determines how long the power reserve of a watch is. It serves two important functions which are providing power energy for the watch and ensuring precision.

See also: Watch 101: A Special Highlight for the Watch Mainspring

The wheel train drives time-keeping hands and associated wheels. The center wheel is driven by the mainspring barrel and rotates once per hour. It holds the minute hand, and its 60-minute journey is often divided up into minute marks on the watch face.

The third wheel flows power through the fourth wheel. The fourth wheel rotates once per minute in incremental ticks and holds the seconds hand. Again, marks on the watch face can make it easier to see how many seconds have passed within one full minute-long revolution.

The motion works allow the watch hands to be freely rotated for time setting and also perform a 12 to 1 speed reduction for the hour hand. Since the center wheel and minute hand rotate once per hour, the hour hand needs to make a much slower journey, completing a full rotation once every 12 hours.

In simple words, the motion works is another form that transcribes the process of unwinding the mainspring, gears rotation, and the wheel escapement action into meaningful information for a time-teller.

The escapement and the balance wheel

The balance wheel swings in a precise rhythm, knocking the pallet fork back and forth and allowing the escape wheel to move which releases mainspring power in small metered increments. This particular part, however, is the most fragile one. Therefore, it is supported by a shock-absorbent mounting system with a jewel bearing and capstone that protects the sensitive parts from any harm, such as if the watch is dropped.

Driven by the hairspring, the balance wheel impulse pin bumps into one side of the pallet fork, releasing the opposing pallet jewel from a locked position against an escape wheel tooth. Just as the pallet jewel slips free, the specially shaped escape wheel tooth delivers a little impulse of power from the mainspring through the pallet fork, which in turn pushes the impulse pin, launching the balance wheel into another swing. And so the process repeats as long as the watch has mainspring power.

The hairspring has regulator pins to adjust the active length of the spring. This alters the balance wheel swing rate and as such, the speed of the entire wristwatch. This is what is meant by regulating a watch that keeps time too fast or too slow. Usually, a watch’s beat rate is 21,600 beats per hour which equal 6 beats per second.

See also: Watch 101: What is the Balance Springs for Watches?

How do they work together?

The way mechanical watches work is indeed as complicated as it seems. Several parts are working together in perfect harmony to make a watch move. But if every part is put in a line to see how it works, the process becomes more apparent and easier to be understood.

Talking about the balance wheel as only one individual part, a push on the jewel pin will make the balance wheel starts moving. The one that does the job of pushing is called a pallet. It can be mounted so that when the pallet moves forth and back, it will create a series of impulses to keep the balance wheel in motion.

However, when the mainspring drives the escape wheel, there isn’t a way to hold the power in check. As the mainspring on coils, it causes the barrel to rotate with it and that wouldn’t last long. Therefore, another pallet jewel is put at the other end of the pallet cross arm to ensure the power from the mainspring is released a little at a time just when it’s needed.

A small turning of the mainspring barrel will move the center wheel in a complete revolution. Meanwhile, a partial turning of the center wheel will drive the third wheel in a complete revolution. This, in turn, will create a much further motion for the fourth wheel. These integrated processes that create turns driven by the mainspring will make many revolutions in the escape wheel, enough to last a full day and even longer. That’s when you see a movement on your watch dial.

Now that I know every part that makes a mechanical watch work, a high appreciation should be given to the watchmakers. With all of the intricate and delicate things behind a watch caseback — a beautiful process from winding the crown until the mainspring energy is released to the balance wheel — it’s a wonder how these contraptions could provide a precise time-teller. Not to mention if the watch comes with a range of complications that certainly will add complexity to the process.

Previous
How To Change A Watch Strap: A 101 Quick & Easy Guide

Next
5 Cool Watches for Teenagers: Stylish and Affordable