How Do Moon Phase Watches Work? A Guide to A Cool Complication

Throughout time, the world of horology is filled with the advancement of complications. From a basic timer function to a moon phase calendar that sets a special yet complex element among the others. The story was started when the early watchmakers were inspired by the beauty of the celestial and one of the closest to us is the Moon. So, how do moon phase watches work?

As the name implies, moon phase watches are a watch with a complication to show the current phase of the Moon in the sky. This might not be the most accurate complication but moon phase watches are extremely valued for their whimsical and aesthetic beauty. It is the elemental representation of the sky that is brought closer to the wrist — doesn’t that sound exciting?

Here, I would like to share why this particular complication is so cool and special that it can cost thousand dollars. A brief of how it was started might be a good start to knowing more about this watch complication.

Man’s fascination with the celestial world is the main reason why the moon phase watch complication exists. It’s the wonder that drives the craftsmanship of the feature and an appreciation to get closer to the night sky that makes moon phase watches possible to be made. Besides, the whole idea of making a timekeeping device is none other than to keep track of the movement of the constellations, the sun, and the moon — as these three have something to do with our time.

The first time when the early horologists graduated from the sundial to gears and hands, and the movement of the lunar cycle was one of the significant moments to track. The main reason was certainly lying on the moon’s phase that leads to the passing of months. Therefore, not only the sun’s arc that tells about days and seasons, but early horologists also considered the significance of observing the moon to tell the passing months.

As the era evolves and so does the style of the moon phase watches. Besides, at the present time, the whimsical beauty of the moon phase is what matters the most rather than its time-telling function. In the early introduction around the 16th and 17th centuries, the moon phase was presented like an almost cherub-like moon. Then, it changes to a more mature ‘man in the moon’ depiction in the 18th and 19th centuries. Until now, it keeps evolving into a more minimalist and realistic design that some of them also try to portray the Moon’s craters.

What is Moon Phase Watch Complication?

Up to this state, you might already comprehend the general idea of what a moon phase watch complication is. In brief, a moon phase watch is timekeeping that also presents the current phase of the Moon in the sky as observed from the Earth. Watch manufacturer will put the phase of the Moon through an aperture on the dial (the small opening). That way,  at the same moment, as the Moon orbits the Earth, we can also observe its miniature version on the wrist.

Nowadays, moon phase watches are adored due to their celestial beauty and the graphical representation of the moon on the watch dial. In addition to that, knowing how moon phase watches work that comprises lots of intricate parts is another charm that makes this complication special.

In most cases, there are two ways of displaying the moon phase on the dial aperture. The first is known as a bosom moon phase watch in which two identical moons are presented on a disc under the dial to indicate the waxing and waning phase of the Moon. That way, when a cycle is complete, the second moon would appear on the disc aperture to mark the beginning of a new month. Another way of presenting a moon phase is called a radial moon phase watch. This type of moon phase watch uses a hand to track the movement of the Moon and indicate the current phase.

So, how to read the displayed phase on our watch dial? Scientists have several names to identify different phases of the Moon throughout the whole cycle. Yet, in the case of a moon phase watch, there are only four phases you need to know.

First is a ‘new moon’ that indicates the start of the month where the Sun, the Earth, and the Moon are in one alignment. Therefore, the Moon is invisible to us both in the sky and on our dial. As time goes on and the Moon goes in its orbit, we can see a part of the Moon’s surface as it’s illuminated by the Sun and known as ‘waxing’.

The second phase is the ‘first quarter’ when the right side of the Moon can be seen or some of us call it a half-moon. Then comes the third phase when we can see all Moon’s surface is in the sun’s light. That’s when we enter the ‘full moon’ phase. Lastly, it moves to the ‘last quarter’ where only the left side of the Moon is illuminated by the Sun or called waning. It goes the same throughout the whole journey until it goes back to the new moon again.

How Do Moon Phase Watches Work?

In a full cycle, it rotates every 29.5 days which represents the Moon’s orbit around the Earth — around 29 and a half days.  The disc is driven by a 59-tooth gear as the total of 29.5 multiplied by 2 (two moons). That indicates after a single full cycle is completed, the second moon would appear in the aperture to begin another new moon.

However, accuracy is another crucial thing to make a reliable and accurate moon phase representation on the watch dial. The exact lunar cycle lasts for 29 days, 12 hours, and 44 minutes or to be exact 29.53 days. This number is another challenge for watchmakers to make a decision when it comes to precision. Being off by .03 for every month means that there will be one full day off every two years, seven and a half months during the entire cycle.

Therefore, most moon phase watches would be less accurate in less than 3 years. Overcoming this issue, luxury watch manufacturer comes up with a solution by adding the number of the tooth that drives the wheel. They make a 135-tooth driving wheel to give a boost and drive the moon disc with impressive accuracy.

The result is a remarkable difference that the moon phase watch would be off by a day every 122 years. This excellent invention does truly make a big leap to provide you a long-lasting accuracy in a piece of moon phase watches.

A watch with moon phase complication will always be an exact statement of astronomical beauty. It’s not only about having an impressive complication on the watch that is strapped on the wrist but also a sense of romance for having the same view as the Moon in the sky. Not to mention, the effort put by watchmakers while having an imagination of creating the mini version of the universe.

Next
The 5 Best Watches with Tritium that Glow Constantly 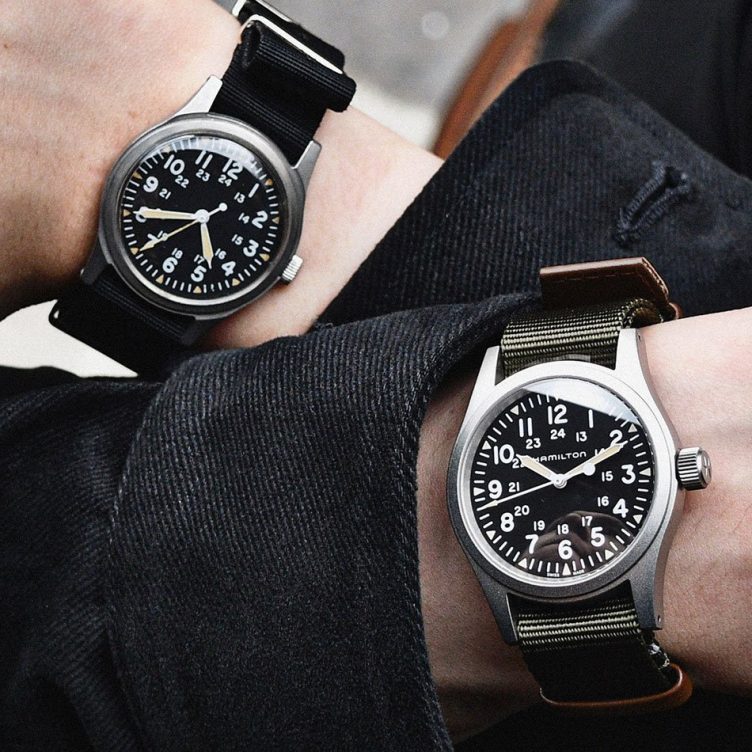