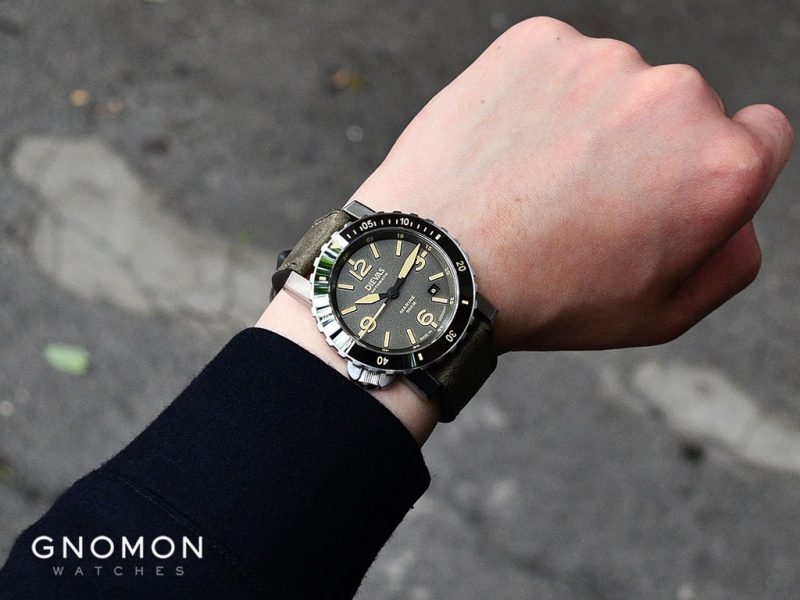 The impeccable beauty of left-handed watches for lefties.

Yesterday, when I leisurely explored an online watch forum, someone mentioned left-handed watches. So, I assume that would be specifically made for lefties and worn on the right wrist. As someone new in the world of watches, I found this intriguing. I never thought that watchmakers would make one of this kind. But, indeed as to how it’s supposed to be, watches are for everyone and so is a left-handed person.

Right then, I began scrolling over websites and forums to know what actually left-handed watches are. Left-handed watches are also known as “Destro watches” taken from Italian which means “right” as it is worn on the right wrist. Kind of surprised that Destro is considered a rare watch as not many watch brands are dedicated to creating one.

The reason lies in the small population of left-handed people. A survey mentioned that they only took 10% of the whole population in the world. Basically, most watch brands produced watches for 90% of the population.

Despite the varieties of watches, left-handed watches are only a small number in the group. If most watches have the watch crown at 3 o’clock position, the watch crown in destro watches is located at 9 o’clock. It lies at the left side of the watch and, thus, makes an easy watch crown operation for lefties. This feature might be uncommon and unnoticeable for most people but for lefties, this is an obvious advantage for watch configuration.

Not only for left-handed people, but destro watches could also be arguably more comfortable for a right-handed person as well. Worn on the left wrist, the crown positioned at the left side would never dig in the wrist or interfere with you while doing things. Well, although it would be a little bit uncomfortable to operate the crown, it’s still doable.

Besides, some people also prefer to adjust the time while they take off the watch. Basically, it’s more of a matter of preferences, once again. See also: Which Hand Do You Actually Wear a Watch? (Right or Left)

Although the number of left-handers is just a small number of the population, many reputable names are mentioned as lefties. In 1952, Charlie Chaplin mesmerized the audience with his violin performance. So enchanting that no one noticed he’s playing left-handed with a Rolex Oyster sitting on his right wrist. Other famous people known for wearing a watch on their right wrist are David Beckham, Eminem, and Scarlett Johansson.

When it comes to left-handed watches, the watch brand Panerai should not be missed. It becomes the undisputed brand that makes watches for lefties on a production basis. They have crafted this model since the 1940s for frogmen of the Italian Navy. That way, the soldiers could wear another instrument on the left wrist, such as a compass and depth gauge.

It is also said that Panerai was the first to design and release watches specifically made for a left-handed person. Therefore, here I’ve rounded up some of my favorite pieces from Panerai and others that pique my interests.

Eco-Drive Promaster for an overall value

The best diving buddy for lefties, the watch offers practical features for a reliable diving watch. It offers 300m of water resistance, a durable black rubber strap, and buckle closure. So, you don’t need to worry about taking it everywhere to explore the undersea. Not to mention the eco-drive technology integrated into this watch, making it worth the money you spent. Besides great performance, the watch also perpetuates a bold fashion look — thanks to its big bezel numbers and thick sword hands. No need to worry about the dark environment under the sea as it has been equipped with luminous markers.

As the front liner in destro watches, Panerai certainly has crafted great timepieces for lefties. Aside from the standard design for lefties with a winding crown at the left side, the Panerai Luminor Left-handed 8 Days Acciaio highlights its power reserve. As the name mentioned, the watch could last for eight days with a power indicator lying on the dial or the back. The austenitic 316L stainless steel also becomes the main material for the watch, resulting in high resistance to corrosion and durability for extreme environmental conditions. A classic look of destro watches where the art of watchmaking lies as a house trademark.

Dievas timepiece for either righties or lefties

Left-handers watch enthusiasts should also not miss Dievas’ collections. It doesn’t directly claim itself as the watch brand of left-handed watches but their watch design pursues the beauty of destro watches. Let’s take a robust yet classic Marine Mojave as an example. This watch edition is inspired by the beauty of the Mojave desert in North America. The design has been well-illustrated on its dial.

Taking a slightly different approach, the watch crown is located in the lower left-hand corner. Not only that this would be advantageous for lefties but also for those who prefer right side placement. The watch is also well-finished with a satin brushed-polishing, resulting in a seamless beauty while being worn on the wrist.

Next
How to Clean a Stainless Steel Watch with Proper Care?