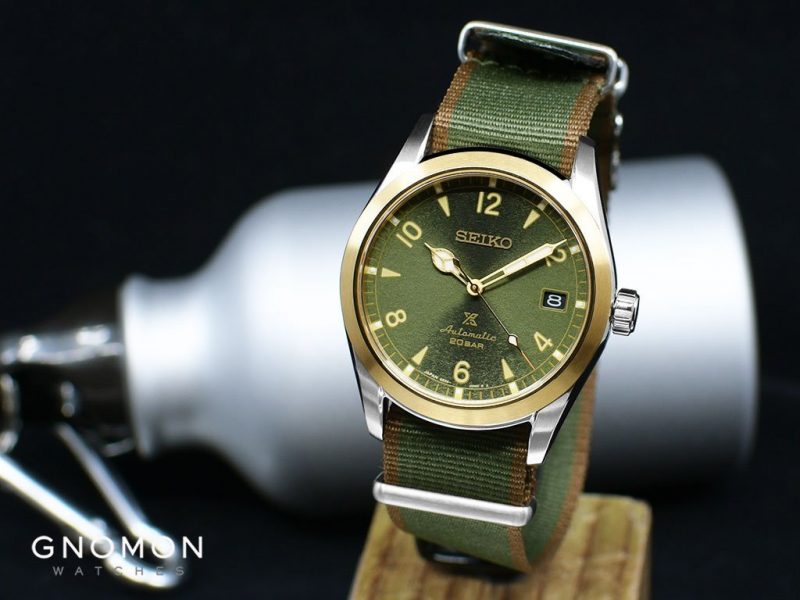 The 7 Best Seiko Military Watches That Will Last

Built to be a war survivor, Seiko military watch is ready to be worn even in extreme condition.

I have heard about the quality of a Seiko dive watch, but not a Seiko military watch. Although it has been widely known that this Japanese watch brand always produces valuable wristwatches, I still need to dig deeper about this series. Not because I doubt their quality (which I never did, of course), just curious about what Seiko does this time to their masterpieces.

Before we jump into the main discussion, let’s talk about military watches first. What makes a military watch a military watch? Well, the word military itself probably has given you some pictures of how this watch should be⎯strong, accurate, durable, legible, and wearable.

If you are in the army, you definitely need a wristwatch that will withstand the war. The case and crystal have to be resistant to scratches, not easily cracked and can endure bumps. You don’t want your watch to break into pieces while you are in action, do you?

You’re late and you lose, that’s what most likely to happen in the middle of a battle. Prevent it by using a watch with high accuracy. Plus, make sure your watch never runs out of batteries, so you can always keep track of time.

There will also be a time when you are in the jungle at night and there’s no light except the moonlight, you do want your watch to be as readable as it is in daylight. Or you are in a rush in the daylight and need to know what time it is, sure you want to be able to get a clear sight of the time⎯without being distracted or confused⎯even at a quick glimpse.

Lastly, your job requires quick actions, meaning everything should be practical, easy to wear and use. For a watch, you may want it to be simple but hugs you tightly. So, it won’t slip off of your wrist even if you make a lot of movement.

In other words, a military watch should have the ability to survive in extreme conditions from dry desert to muddy land. Now, let’s see what Seiko has on its military watches.

Once you see this timepiece, you will know that this is a military watch. Not only because of the green color, but also the Nato strap design that is usually used by the military. This kind of strap will keep your watch more secure. The not-busy dial and luminous indexes give you high legibility at night and day. Won’t need any batteries, this Seiko military watch automatic is powered by its own caliber 4R36.

The iconic Seiko 6105 that was worn by Martin Sheen on Apocalypse has come back for the second time through the latest Prospex 200M Automatic “Captain Willard” Black Ref. SBDC109. The piece hosts a Caliber 6R35 with manual winding capability and outstanding power reserve of 70 hours. It also has got a 200m water resistance which means it will keep telling you the time even when you are on an underwater mission.

Prospex 200M Automatic “Captain Willard” Green Ref. SBDC111 is purposely built as a tactical watch to survive whatever the environmental condition is. These include 200 meter water resistance and calendar display. Not to mention the anti-reflective coating sapphire crystal that will prevent any damages from falling or hitting the rock. The caliber 6R35 on  this Seiko military watch eases you in doing your job because you don’t have to set it over and over again in order to make the watch work.

Planning a seasonal holiday exploring in the mountains? Or maybe another adrenaline outdoor adventure for your first time? Then you need a tactical tool to support your activities, such as the Prospex Alpinist Green Ref. SBDC138. Seiko understands how to make this piece a more army look by presenting a green nylon strap and sunburst green dial. Being a fine looking piece is not enough. That’s why Seiko features this watch with a scratch resistant sapphire crystal and 200m water resistance.

If your idea of the incredible Seiko military watch is something that looks tough and built with high standards, then Prospex King Turtle 200M Automatic Green Ref. SBDY051 it is. The accordion-style silicone strap does make a good first impression. Looking very rugged, this timepiece has everything to be considered as a military watch: 20 bar water pressure, ceramic bezel, and automatic movement.

It might be unfamiliar, but in Japanese history, Shogun was a hereditary military leader which the title was basically awarded by the emperor. Staying true to its name, Prospex 200M Automatic Titanium Shogun White Ref. SBDC131 presents an ultra-robust case and powerful movement. While the earliest model that came to the market in 2010 was restricted only to Japan, the latest series is now sold worldwide. The wristwatch case is made from a lightweight titanium case, rugged in shape, and has a rotating bezel which is also constructed in titanium.

If you are planning to have outdoor activities and recently in need of something on your wrist you can rely on, it’s a Prospex Alpinist Core Blue Ref. SBDC117. Larger doesn’t always better and a smaller case sometimes packs a little detail. Thus, this Seiko military watch comes in a perfect size stainless steel case of 38mm. It is resistant up to 200m water depth allowing you to chase the enemy underwater.

Previous
Watch Collecting: How to Store Watches When Not In Use