Powerful as in mechanical watch and accurate as in quartz.

The world of horology is the world of inventions. Not only that the die-hard watch enthusiasts demand even a bit of novelty but also the watchmakers who always put their passion into crafting a fine art of time-tellers at every time. Looking back at the journey of watchmaking, it pursues the advancement of watches. Starting from the idea of how to tell the time to how this process could be much more practical. But in this article, I’ll try to highlight one of the greatest achievements in watchmaking called Seiko spring drive.

This is the first of a three-part series addressing some highlight moments throughout the development of watches:

Despite the varying complexity in mechanical movements, the core backbone for telling time in traditional mechanical watches follows the same relative construction. It works through the gradual distribution of stored energy by a mainspring and goes through a wheel train. Everything starts from the process of winding the mainspring by operating the crown. It’s either be hand-winding or self-winding as in automatic watches.

Having a mechanical watch does come with certain perks as the wearer doesn’t need any external power supply like a battery to make the time run. But it also has its downside. There’s a lot of friction so that locking and unlocking are going to lead to a necessity of services after a certain period. External shock, bump, and temperature change could be essential factors that caused the watch’s accuracy.

Anything that can disrupt the oscillation of that balance wheel and that slow distribution of energy will cause the watch to lose or gain time pretty easily. This is the moment when quartz movement comes to the rescue.

The presence of the quartz movement changed almost everything in the watch industry. It set a new perspective on how a watch works, how watches were sold, and how customers looked at timepieces. Unlike a mechanical movement, quartz is powered through a battery. The great thing about quartz is that it can be mass-produced with quite ease once the process is identified. Overall, it is extremely accurate and could outperform the best swiss chronometer in terms of accuracy. However, the downside is that it requires an external power resource.

With all of that being said, every movement has its ups and downsides to perform as a reliable watch. As such, ever thought of combining both of them? A super-accurate quartz movement with the endless power supply as in mechanical movement. The world of watchmaking has made the answer. Here the world is introduced to one of the greatest technological achievements in watchmaking called spring drive.

What is the Seiko spring drive movement?

The first idea of spring drive came from a genius engineer Yoshikazu Akahane in 1977 who was eager to combine both worlds of the watch movement to bring the ultimate wristwatch movement into life. The prototype of spring drive was rolled out in 1982 and the first purchase was available in 1999. Spring drive with its long and outstanding journey amassed over 600 prototypes is considered the most impressive findings in horological history.

At a first glance when flipping over the watch to get a view of the case back, the wearer will see a typical sight in a mechanical watch. However, taking a closer look here is the combination that comes into play. The Seiko spring drive takes the inclusion of a mainspring to provide an endless power resource. By that means, this mechanism doesn’t need any external power to make it into life. It also grasps the accuracy of quartz and combines it into the system.

In simple words, the Seiko spring drive tries to understand and overcome the challenges associated both with mechanical and quartz movements. This new mechanism is one way to make the best of both movements come together. And, the great way to make this combination collide well is through something called a tri-synchro regulator.

Spring drive system introduced a new mechanism to overcome the vulnerability in mechanical watches called IC (Integrated Circuit). The new mechanism puts a brake on the wheel without causing collisions among components. It uses a magnetic force against each other as resistance to put an electromagnetic brake on the wheel. By doing so, this mechanism could run well.

So, the spring drive movement works similarly as in a traditional mechanical watch which is through the unwinding process of a mainspring. However, instead of the typical escapement, spring drive has the tri-synchro regulator to come into play.

First, it controls the release of energy from the mainspring so that it would be released gradually. Second, it assists to convert the mechanical power from the mainspring to be electrical energy to the quartz. Thus, the quartz will oscillate. Third, it generates magnetic force to apply brake control to ensure optimal timekeeping.

How the spring drive movement works

Those electrons would then move and create a small electrical charge that will be delivered to an Integrated Circuit (IC). The process then continued to a quartz crystal that vibrates at 32.768Hz per second. After receiving the small electrical charge, the quartz crystal will send an impulse back to the IC and the step of calculating the frequency of the quartz happens there.

The IC needs to calculate the precise frequency to determine the proper time that would be sent to the glide wheel. This heartbeat of the movement is the honor of the overall function as it rotates 8 times per second while also maintaining perfect timekeeping. However, if the glide wheel rotates too fast, the IC that receives the information from the quartz oscillating will send a small burst of electromagnetic energy to the glide wheel.

As with the presence of a magnet in the glide wheel, that small burst of energy acts as a brake to control and ensure the precise free rotation of the glide wheel. This overall process of constant flow is the reason behind a smooth sweep of the second hand on the watch dial with a spring drive movement.

Gaining the title as the most prestigious invention in the history of watchmaking, the Seiko spring drive movement highlights four key features. Thanks to the system combination of mechanical and quartz movement, the Seiko spring drive possesses the true definition of high accuracy. The tri-synchro regulator is the element in charge of ensuring accuracy. It controls the energy generated by the mainspring to be released once in a time.

Glide motion is the second highlight of spring drive. As the movement doesn’t use escapement as in the traditional mechanical watch, all the motions including the hands move constantly in a unique glide motion. More smooth, more reliable, and more powerful. Spring drive movement offers the power reserve up to 72 hours and, thus, adds the value of being more reliable.

Further, the Seiko spring drive movement offers a fast winding referred to as the Magic Lever. It provides high efficiency by integrating the energy generated through the rotor’s each swing. As for now, the latest design of Magic Lever could even deliver more efficient transmission of power.

The existence of the Seiko spring drive movement has brought in hybrid technology for an optimal feature of wristwatches. The spring drive is an answer to the challenges in mechanical and quartz movement. At the same time, it also combines the highlights of each movement. An endless power resource from a mechanical watch and a super accuracy from quartz, combining these two has resulted in the most impressive findings for a watch movement.

Next
Left-handed Watches: Exceptional Timepieces Beyond the Standard 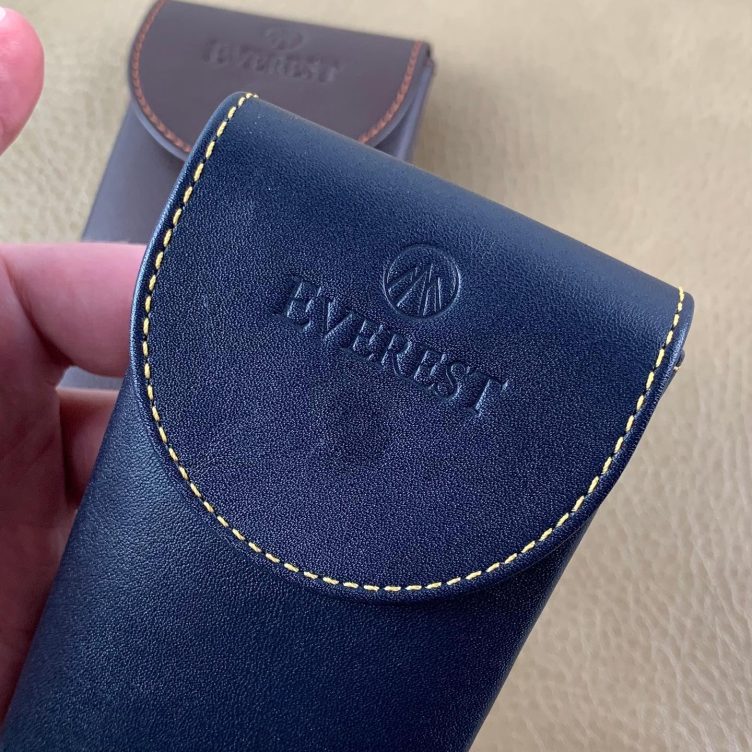