A distinguished charm for a proportional size

Big watches are almost synonymous with men’s watches. Not only that it shows a bold and bulky look but also a chic style for a big wrist. A case measured in 40mm and above is so common among men while women are said to look better with a smaller size due to their wrist. However, don’t you know that a small watch case was a norm for men’s watches?

In the past, most men’s watches featured a case smaller than 40 mm in diameter. But somehow, the trends shift to a bigger size in which many more complications are equipped in the dial, such as in pilot or dive watches. Yet, small watches for men still exist in the market with a great performance to trust.

Differ from a big one, a small watch is packaged more conservatively to fit what’s necessary for a particular watch model. Besides, a big watch case isn’t always the best match for every man, especially those who have a small wrist. In order to elevate your style with a watch while having a small arm, a big watch might not be a wise choice. Therefore, 38 mm men’s watches or less size are a way to go.

A versatile field watch with a compact size and design that serves as a great choice of 38 men’s watches. The watch dial is measured at 38mm in diameter, 47mm lug to lug, and 9.5mm in thickness. It stays simple with an uncluttered dial filled with 12 and 24-hour military scales and luminous syringe hands. A good fit for your wrist.

An open-heart watch dial from Rado gives a robust and strong look. If most people say that a bulky watch exudes a strong look then an open-heart dial might be a good choice for 38mm men’s watches. If the size can’t truly show a rugged appearance then let the design shows it off. This watch has a good proportion of 38mm in diameter to showcase the intricate delicate inner workings of the Swiss-made automatic movement.

A watch is also a medium to play a trick. The Aristo Aviator, as the name suggests, is measured at exactly 38mm in diameter. Yet, its delicate design managed to present a visually bigger appearance than the actual size. Thanks to the rather huge dial opening, the watch is considered an all-dial watch. As a versatile watch, Aristo also brings this timepiece to take legibility to another level while still being wearable on many wrist sizes.

Big crown but is part of 38mm men’s watches, making Oris Big Crown one of the good choices as small watches for men. Oris decides to give a simple look for the overall design. In order to make sure of its legibility, the hands and hour markers are made bigger against a simple dial background. The fact that it used sustainable deer leather might something you don’t want to miss about this watch.

Who said that small watches for men won’t hold many elements on the dial? The Seiko Presage Chronograph could be an affordable option for your 38mm men’s watches choices. Three sub-dials lay comfortably on the dial, making a balanced and pleasant look. Every indices and color are designed with a crisp choice, resulting in a clear and uncluttered watch dial.

Another 38mm men’s watch that offers an enchanting look. Breitling won’t ever fail to please their fans when it comes to satisfaction. Watch design has been the main core of Breitling watch productions. This small watch for men particularly offers a fresh look. It managed to give a pleasant appearance by balancing the rose-gold color of the strap and the watch ring.

Another chronograph on my recommendation of 38mm men’s watches. As a high-end watch brand, you can rely on the performance of the Speedmaster 38. Measured in 38mm diameter, the watch is packaged in a compact size along with the three sub-dials. Driven by an automatic movement, you can enjoy this stylish watch at the price of $5.100.

As for this Tudor watch collection, the watch size is slightly bigger at 39mm yet noticeably smaller and slimmer. The Black Bay Fifty-Eight has received much attention as it is introduced with impressive watch performance, in-house movements, and cool design at affordable prices. It shows a simple dial design with watch hands and markers circled by the bezel. You could rely on this watch when it comes to legibility.

The name of Marathon is known for making reliable and durable military watches. Despite the common image of having a big size for military watches, this watch is only measured 36mm and 13mm in thickness — a good one for a slender wrist. In addition to that, the watch still exudes a bold and rugged look to give a strong appearance despite the small size.

Moving to the French watchmaking industry, Yema is one of the well-known watch brands with their sought-after and favorite collections. The Superman Heritage is one of them that offers a smaller and slimmer profile measured in 39mm for its diameter. With this package, you could enjoy a chic-looking watch dial with a simple design.

What is considered small isn’t always too tiny for the others. What is stereotyped as man’s things don’t always match everyone’s taste. Therefore, having small watches for men can always be an option for those who feel more comfortable with a smaller watch size or proportional to their wrist, such as 38 mm men’s watches.

In addition to that, many prestigious watch brands still make them in production along with impeccable design and impressive performance. So, which one is your favorite?

Next
The Squale LAB Edizione from a collector’s perspective 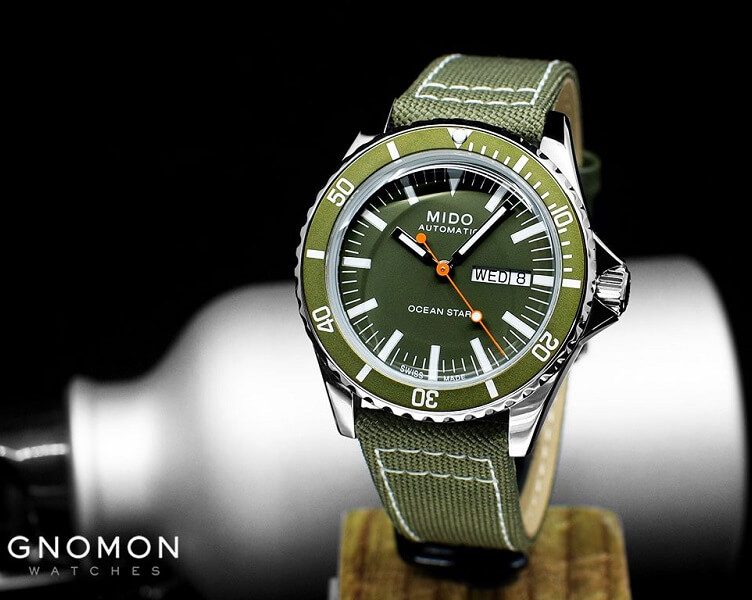 Top Watches for Fervent Hunters: From the Retro to the Robust One
View Cart Checkout Continue Shopping