The Alluring Charm of Watches with Sweeping Second Hand

The captivating motion of sweeping second hand on watch dial.

It doesn’t tick but it sweeps flawlessly. Truth to be told, many watch collectors prefer mechanical watches over quartz because of this smooth movement of the second hand. It becomes the alluring point that attracts many eyes to get a closer look and grab one for self. In simple terms, watches with sweeping second hand are those with a second hand that moves smoothly around the dial.

The intricate parts and system of mechanical watches are things that make a sweeping second hand can be achieved. Actually, the hand does ticks but it’s barely noticeable as it ticks several times in one second. In other words, sweeping second hand is the fraction of seconds that without a closer look it seems like a smooth-sweeping movement.

Then, why doesn’t quartz watch sweep? Quartz watches use battery and oscillating quartz crystals as their power source. The combination of that system creates a tick-tock movement once per second. Therefore, a ticking sound can be seen in a watch with quartz movement.

What is a sweeping second hand watch?

However, not every timepiece has the same sweeping mechanism as it depends on the watch beat rates. The higher the beat rates, it will make the smoother motion. In addition to that, having high-beat watches also give benefits as flawless ticking motion will also come with a high watch precision.

Moving on to another side in the world of horology, the quartz movement also introduced its watches with sweeping second hand. Yet, only a handful of quartz watches are equipped with a sweeping motion. The most well-known of them is the Seiko spring drive which combines the technology of mechanical and quartz movement. It uses the precision of quartz movement but takes the innovation of the mainspring to provide an endless power resource.

Seiko spring drive is considered one of the most phenomenal inventions in the world of horology. When it comes to the fast-ticking movement, watches with Seiko spring drive technology could be as smooth as it gets. But, this technology definitely comes with a price range that is far from affordable.

Watches with a sweeping second hand for your collection

If the idea of fast-ticking motion around the dial sounds captivating for you, take a look for one of these six watches with sweeping second hand.

An extraordinary watch with a perfect smooth second-hand movement, Bulova Precisionist offers what do you call ultimate precision. Working on 262kHz frequency, this quartz watch ticks 16 times per second resulting in an amazing smooth sweeping.

Given that great sweeping fast-movement, you might also be mesmerized with its crowded dial consisting of a range of features to enjoy. It has a chronograph function whose accuracy doesn’t need to be questioned as well as red second hand for better time checking.

As for now, there isn’t any mechanical timepiece that could offer such smoothness. Thus, it could be one of your best choices for watches with sweeping second hand.

Snowflake is Grand Seiko’s well-known timepiece for its spring drive movement. As the name mentioned, spring drive is actually a movement on its own that combines the strength of mechanical and quartz movement. Together, it creates one of the best inventions in horology.

This particular watch of Grand Seiko features Calibre 9R65 that creates an utmost smooth second-hand movement on the dial. Be mesmerized by its accuracy and the intricate movement that the Grand Seiko Snowflake offers. Looking at the appearance itself, Snowflake features an elegant style with a textured white dial.

It might be a hard temptation to not grab this piece on your watch collection. The quiet and consistent glide motion of its second hand might be one of the alluring points of the watch.

Moving on to the mechanical watches with sweeping second hand, this timepiece from Yema Superman Heritage Blue might be one of your favorite. It has the Swiss Sellita SW200-1 as the movement giving a great power reserve for up to 38 hours — a length of period that wouldn’t make you worried about running out of power.

This vintage-inspired model with a sunburst blue dial beats at 28,800bph giving you a pleasant view of smooth sweeping motion for the second hand. Designed for aquatic activities, its locking bezel is the unique feature that sets Superman Heritage from others. That is a simple feature yet beneficial to prevent unnecessary movement on the bezel.

A brand watch that carries value and heritage story, Seiko also offers a list of watches with sweeping second hand. Not only that it features a smooth and fast motion, Seiko also creates an appealing visual along with the smooth motion on its dial. A soft gold-tone hue for the sweeping second hand and the printed “300m” text to add a touch of vibrancy.

On top of that, Seiko Marine Master Professional is powered by the premium Seiko caliber 8L35. Truth to be told, this movement is a hi-beat movement that is identical to a Grand Seiko caliber 9S55 movement without adjustments and decorations. As a result, it provides you with an ultimate power reserve of 50 hours and definitely a smooth glide motion with 28,800 beats per hour.

Looking for affordable watches with a sweeping second hand? Orient watch collections are your way to go as they provide special features and appearance for your daily choice. But, if you specifically looking for an admirable smooth glide motion on the dial, Orient Bambino Version IV is my recommendation.

It works on a frequency of 21,600 vph which makes it tick 6 times per second. An average number for a pleasing sweeping movement on your dial. In addition to that, the second hand is added with a red tip that contrasts the sunburst blue dial background. Overall, it perpetuates a minimalist yet aesthetic beauty at an affordable price.

The last watch with a sweeping second hand that I’d like to recommend is the one from Invicta. Pro Diver 8926OB offers a decent special feature for an affordable price and a reliable one for your daily companion. The watch is powered by the NH35A caliber along with 21,600-frequency. As a result, it ticks 6 beats per second and gives you a nice glide motion on the dial.

A smooth movement without a noticeable ticking on a watch dial is what do we call a sweeping second hand. It does tick but in such a rapid movement that it would look like a sweeping motion. All mechanical watches have this movement but not quartz watches are sweepers — yet, the advancement in the world of horology managed to create some of them.

After all, watches with sweeping second hand is one of the charming points that allures watch lovers grab one for their collection. Among your watch collection, what is your favorite?

Find out more articles about watches and dig deeper into the world of horology at our blog.

Next
How to Clean Metal Watch Band in a Proper Way 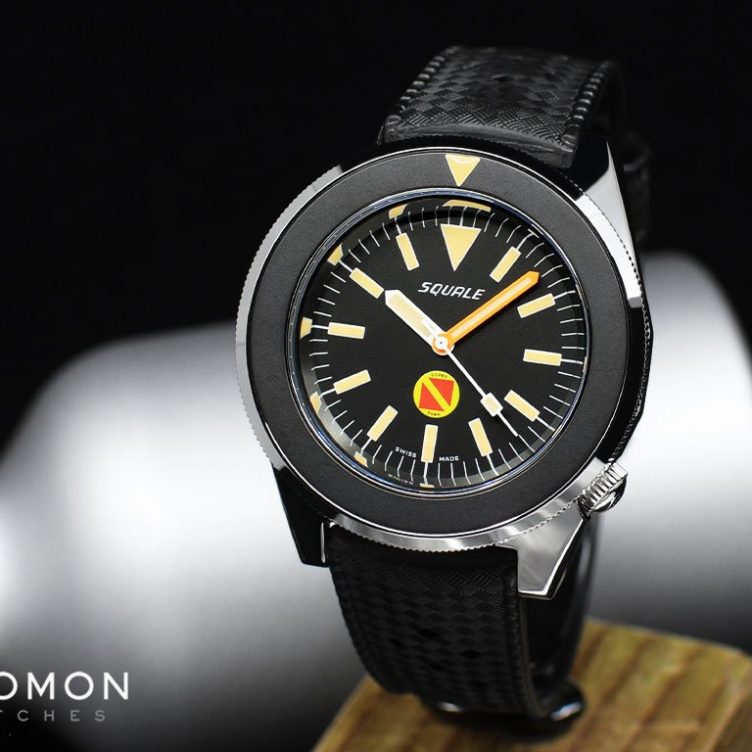 Exclusive Watches: The Treasures Worth for a Collection
View Cart Checkout Continue Shopping