Top 7 Swiss Automatic Watches: Luxury to the Affordable One

Exploring the craftsmanship of Swiss watchmaking

Swiss watches are the resemblance of diversities in the world of horology along with their reliabilities. Globally renowned from the most high-end timepieces to the affordable ones, from the luxury brands to the entry-level, you can simply find every type of watch under this huge name. Each brand under the name of Swiss watchmakers has its own signature that sets them apart from the others, either from the design or features it offers.

Various inventions were also born here. Therefore, we can’t definitely leave out the discussion about Swiss automatic watches that were invented by Abraham-Louis Perrelet, a Swiss watchmaker who created the first automatic watch movement in the 1770s.

Perrelet created a mechanical device that transfers the wearer’s movement into energy to drive a timepiece for up to eight hours a day. The design was then improved by Hubert Sarton, a French inventor in 1778. Ever since that time, automatic watches became popular as it was considered more convenient. Sarton introduced his designs in Paris and mentioned Perrelet and his automatic watch design as the main inspirations.

Automatic watch movement is one of the main milestones in the watchmaking industry. Over many decades, it gained lots of refinement and improvements to perform better. In this article, I’m going to share some of my favorite Swiss automatic watches that should be in your collection.

I believe that one article would never be enough to define the best collection of Swiss automatic watches but I’ll try my best. So, let’s get straight into it!

Ever since its invention, the automatic watch movement gains popularity among the watch community. In fact, there are many reasons to purchase an automatic timepiece, especially from honorable brands, such as those under the umbrella of Swiss groups.

Most automatic watches are used in higher-end watches and they are reasonably accurate to accompany your daily activities. The self-winding ability is considered a true expression of craftsmanship in horology. Below, I’ve listed 7 Swiss automatic watches that cost a thousand bucks to the affordable ones.

A popular option for Swiss automatic watches for men would probably fall on the Seamaster collection as it fits the overall appearance for men. A classic yet bold and robust timepiece that holds a maritime heritage and offers a list of premium features.

This luxury Swiss automatic watch is equipped with GMT and Worldtimer features — both are perfectly presented on its blue dial decorated with the Teak Concept pattern. Not to mention, the main engine which is the OMEGA Co-Axial caliber 8605 has been chronometer-certified to ensure its accuracy.

Overall, this timepiece would definitely elevate your appearance with its dramatic and easily-recognizable dial design as well as the complete features that it offers.

An elegant luxury sports watch that has been a legend since its first edition, the Nautilus is an epitomized timepiece since 1976. As for the Nautilus Rose Gold 5712R-001, the watch is applied with gold applied hour markers with a luminescent coating.

While for the watch case, the rose gold color dominates the overall appearance, resulting in an elegant, luxurious, and incomparable appearance. This splendid Swiss automatic watch is powered by the Caliber 240 PS IRM C LU to drive the main engine as well as some features, such as moon phase and date function.

Oris brand is known for manufacturing luxury mechanical timepieces, giving the best value of Swiss-made watches for watch enthusiasts. The Aquis Date Calibre 400 is one of Oris’s impressive products, thanks to its groundbreaking new Calibre 400.

As one of the best candidates, this Swiss automatic timepiece is well-equipped with long-list functions and the ability to be reliable, versatile, and strong. In addition to that, this impressive Swiss automatic watch for men is selected as an icon of contemporary diver’s watch design, giving exclusivity to the wearer.

The watch is still water-resistant to 300m and is paired with a uni-directional rotating bezel with a scratchproof ceramic insert for safely timing dives. Completing a dive watch’s needs, the watch hands and indices are also well-applied with SuperLumiNova®.

A sturdy-looking Swiss automatic watch with premium characteristics to elevate your diving experience. The TAG Heuer Aquaracer Calibre 5 is a high-performance diving instrument with an elegant presence thanks to its black horizontal etched patterns dial and ceramic bezel.

Moving on to the engine, the watch is driven by the Calibre 5 movement. Despite the fact that the movement is named after Tag Heuer, it is actually a modified ETA 2824-2 that is known as one of the best-outsourced movements.

A classy appearance that blends well with a sporty touch, the Longines Conquest Blue Dial is a popular Swiss automatic watch by Longines. It takes inspiration from the well-known Hydroconquest but this isn’t a dive watch as it’s not equipped with a unidirectional rotating bezel.

Nevertheless, the watch has great water resistance for up to 300m, allowing the wearer to use it for any diving activities. The main highlight of the watch lies in the striking blue dial protected with sapphire crystal that exudes both sporty and classy. Yet, the watch is still considered an affordable Swiss automatic watch for $1,167 USD.

Hamilton’s boomerang case would always be a unique case among watch enthusiasts. The first time Hamilton launched the Ventura Elvis80 Blackout Automatic, it was uncommon to design a watch case other than a slim dress watch design. But, the Ventura collection appeared as a highlight and popular phenomenon with its asymmetrical triangle case.

Underneath the open case back, the Hamilton caliber H-10 automatic movement as a result of the ETA caliber C07.611 modification runs reliably along with 25 jewels. The power reserve of the watch can last for up to 80 hours, giving more than just the usual 38 hours.

Another well-built dive watch by Steinhart made to the highest Swiss standard. The Ocean 1 Black Ceramic is driven by a Swiss Made ETA 2824-2/SW 200, élaboré automatic movement that sets to amaze. This Swiss automatic watch is equipped with good water resistance for up to 300m, allowing for optimal performance for a dive watch.

In addition to that, Steinhart also provides Ocean 1 Black Ceramic for Gnomon’s special edition. The overall engine and main features are mostly the same but the Gnomon’s edition has a unique 3D ceramic bezel —  the numbers and markers are protruding while the background is recessed.

Overall, the Steinhart Ocean 1 Black Ceramic is an impressive watch, especially considering the watch is an affordable Swiss automatic watch for only $470 USD.

After all, there is a number of reasons why Swiss automatic watches are worth a collection. Despite the fact that automatic timepieces are mostly more convenient, Swiss watch productions indeed have their own way to enchant watch enthusiasts. Swiss outstanding long journey does say something about why their brands are worthy.

Next
The Best 5 Lovely Timepieces as Gifts for Watch Lovers 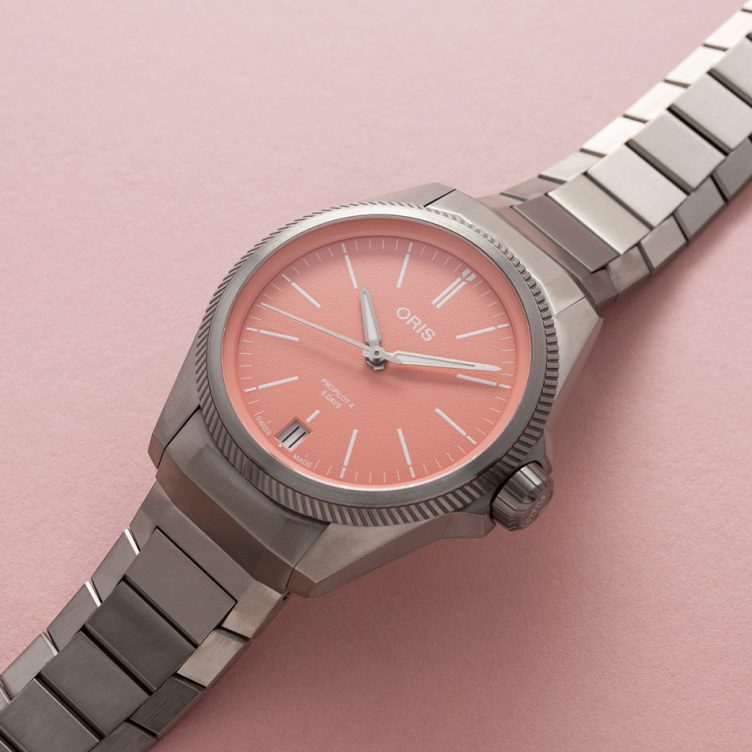