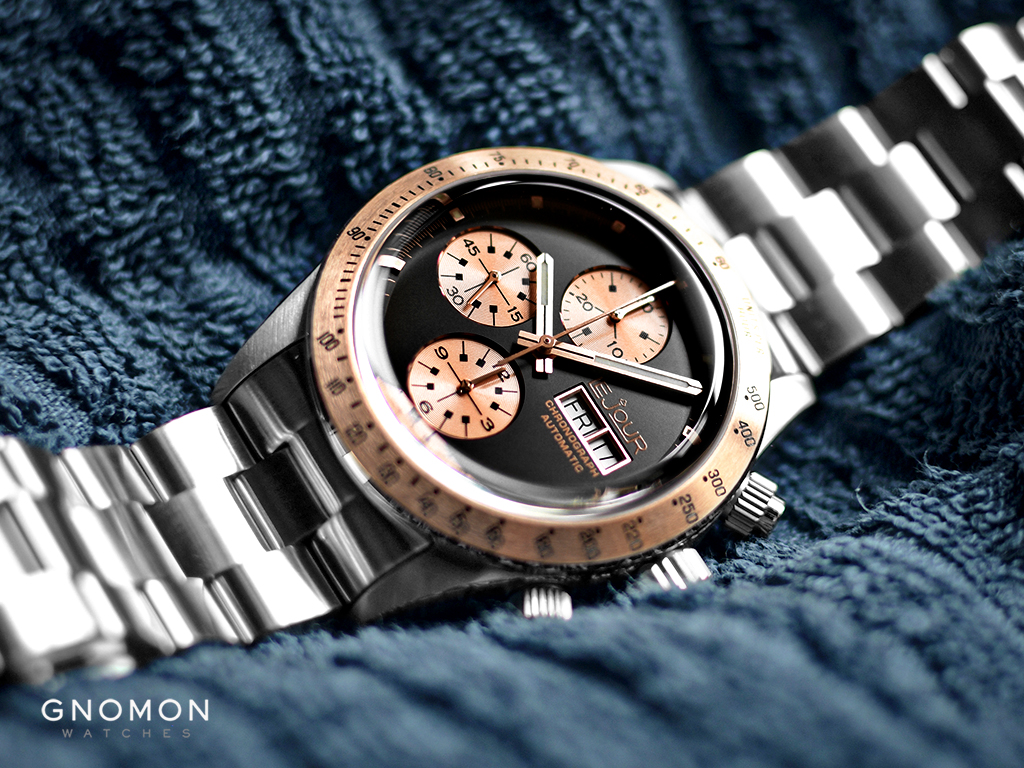 Everything you ought to know as a watch enthusiast

What are the parts of a watch called? If something is new or unfamiliar, a glossary would always be a quick way to enlighten the readers about certain terms – including watch terms. Many agree that watch terms are as complicated as their movements and mechanics.

Well, I guess it’s a sure thing. For a newbie, it might be hard to understand the meaning of tachymeter, flyback, and bar when seeing them written on a watch website. As a result, a common question popped up: what does this feature mean and what is it for?

Ladies and gentlemen, be at ease. If you are part of that “newbie” community, read this glossary of watch terms to reduce your confusion. Here, we will provide you with basic terms from A to Z  as well as a  brief, clear definition.

The watch terminology glossary is a place to discover everything you ought to know as a part of the watch enthusiast community. Everything from the definition of a chronometer and chronograph, to the definition of an automatic winding, can be found here.

A device to give a signal at a predetermined time.

A device to determine altitude by responding to changes in barometric pressure.

A watch which displays time by using hands and a dial.

A feature in a watch to avoid magnetic effects.

A mechanical watch movement that is able to run without having to be manually wounded.

A timekeeping device used in a mechanical watch to regulate the movement of a watch.

A disc-shaped case for the spring in a mechanical watch. It controls the mainspring and regulates the release of stored energy to power the watch.

A ring feature in the dive-watch that secures the watch crystal in place.

Read also:  7 Different Types of Watch Bezels and the Functions

A bezel that is used to perform math calculations, tracking elapsed time, etc. It also can be moved clockwise or counter-clockwise.

A piece of metal that holds a watch movement together. It attaches the gears and other mechanisms to the main plate.

It is often used when a watch manufacturer denotes a specific model name for a movement.

Main body of the watch which houses the movement, dial, hand, bezel, crystal, and lugs.

The backside of the watch case. They can be screwed on or applied with screws. In some models, they are also made to be solid or exhibited.

One of the watch terms that refers to a stopwatch function in a watch – can be either quartz or mechanical.

A very precise watch that has been tested by the COSC (Official Swiss Chronometer Testing Institute). For further understanding, read our previous article about chronometers here.

An additional function in a watch that goes beyond just telling time. For instance, a stopwatch and calendar.

Read also: An Easy Guide to Watch Complications with Examples

A small knob on the side of the watch to adjust the time or run the watch.

A protective cover in a watch that shrouds the watch’s face. It’s made of either synthetic sapphire acrylic or glass.

A feature in a watch that indicates the day of the week as well as the date.

A shaded band in a watch that shows time one that is in daylight and darkness.

A buckle on a strap or bracelet that allows it to be widened for putting on and taking off without removing the buckle.

The face of the watch that displays the time, numerals, and markings as well as the hands.

A watch that displays the time in numerical instead of using a dial or hands.

A watch that meets the standard for diving ISO 6425 – such as 200m water resistant, features a unidirectional rotating bezel and forms of illumination.

An internal component in a mechanical timepiece that transfers the power from a wound-up into the movement of the watch.

A movement manufactured in Switzerland that is used by many Swiss brands.

A transparent case back that shows off the inner workings of the watch movement.

The ticking frequency of the watch. It is measured in beats per hour (BPH) or hertz.

A plastic ring is used to seal the gaps between the case and caseback, crystal, and crown in order to prevent water or dust from entering the case.

The gear that transfers the power from the mainspring to the escapement.

It’s an engraved ornamental pattern that is often used on a watch dial.

A function to stop the second hand when the crown is pulled out. This feature aims to help the wearer synchronize the watch easier.

Read more: Watch 101: The Basic 9 Parts of a Wrist Watch for Beginner

A mechanical watch that needs to be manually wound.

The science of measuring time.

The symbols placed around the dial to indicate the hours.

The markings on the dial which are used to represent the hours in place of numerals.

Synthetic rubies that are used to reduce the friction in the moving parts of the watch.

A watch part that is used to attach the strap, band, or bracelet.

The glow feature in the watch. It is given off by watch numerals, indices, and hands that have been coated with “lumed” material.

The base on which all parts of mechanical timepiece movement are mounted.

A torsion spring that stores the energy in the watch when it’s tightened.

Another French term – refers to the watch company that develops its own parts and facility rather than assembling its watches from a third party.

A watch movement that is powered by the main spring, a flat coiled spring that provides power to the watch. Generally, it also needs to be winded manually every few days depending on the power reserve.

Read more: Watch Collecting 101: How to Clean a Watch at Home

The engine of a watch can be either mechanical or quartz and acts as a powerhouse to make the watch run.

A button on a chronograph for starting, stopping, or resetting the chronograph mechanism.

A feature to let the wearer know the amount of energy the watch has to run without requiring winding.

It’s an abbreviation that stands for Physical Vapor Deposition. It refers to a range of vacuum coating techniques used to apply certain finishes to watches.

A battery-powered watch. This timepiece uses an electronic oscillator regulated by a quartz crystal to keep the time.

A watch instrument in an automatic timepiece that swings back and forth when the wearer moves his arm to wind the mainspring.

A particular type of chronograph with two seconds hands that makes it possible to time several events happening at once, as runners compete in a race.

A mechanical watch feature that can be used to chime the time on demand by pushing or sliding a piece.

It is an excellent material used for the window materials of our wristwatches to prevent scratches.

The back of the casing screws which aims to cover and protect the battery and other important internal components.

It’s a crown that screws down into the case to make it more water-resistant and keep out dust.

A mechanical watch in which all the moving parts are visible from outside of the case.

A subdial on the watch dial which is typically positioned at 6 o’clock.

A small piece of metal for holding the watch strap in place.

A non-metal band (usually made of leather or rubber) that holds the watch to the wrist.

A small dial in watch that is usually used to provide additional information such as chronographs, alarms, dual pr multi-time zone, and calendars.

A watch with Swiss-Made qualifications. Such as possessing swiss movement and its manufacturer carrying out the final inspection in Switzerland.

A watch feature that calculates speed depending on time spent traveling a predetermined distance.

A mechanism that keeps the escapement, balance wheel, and balancing spring rotating continuously while the movement is operating.

As a watch enthusiast, knowing the details of watch terms is mandatory. However, some of them are just very unfamiliar to us. Thus, to help you solve this issue, you can learn some basics watch terms in this glossary.

In addition to that, you also need to know every part of it – more than just a definition. Thus, to help you understand it better, kindly go to our blog for reading the other 101 watch articles. 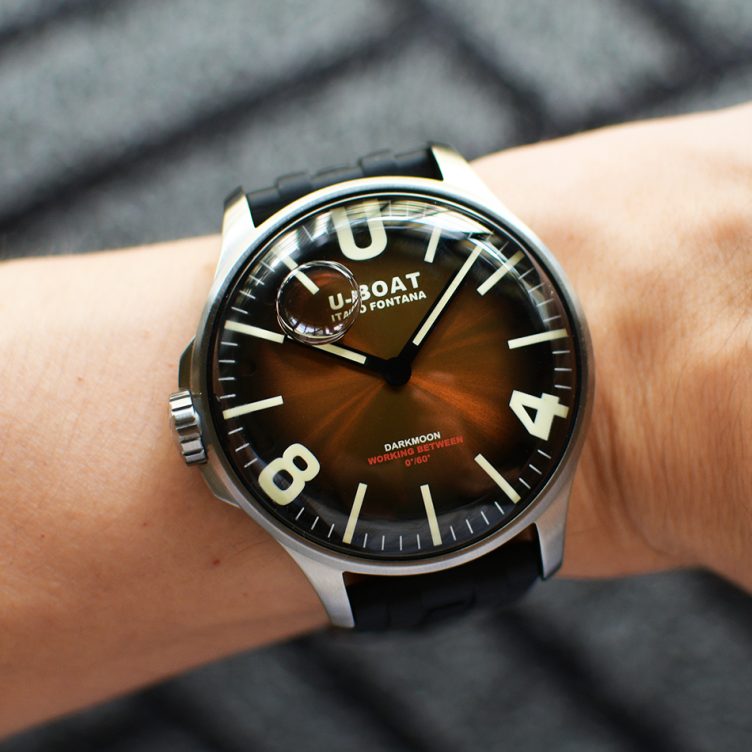