All the Things You Should Know about Miyota Movement

A taste of advancements from the Japanese watchmaking industry

The watchmaking industry in Japan has long been associated with its excellent in-house quartz and mechanical movements. Aside from Seiko and Orient, the Miyota movement has quite a hold on the market for both mechanical and quartz watches around the world.

The Japanese movement was originally a creation made by a division of the Citizen watch company. In 1959, the Citizen Watch Co., Ltd. established a company specializing in movement-making based in Miyota, Japan.

Today, Citizen produces its own in-house movement. Although still a part of Citizen, the Miyota company generally produces movements for other watch brands. Despite that, a Citizen movement like Caliber 9011 used by Citizen Collection Silver Leaf Lacquer still takes some inspiration from the Miyota 9000 series.

Generally, many timepiece brands do not manufacture their own movements. Therefore, the Miyota movement company became an essential entity in the watchmaking industry due to its high-quality production of watch movements.

What is Miyota Movement?

With the advanced technologies of today, movement manufacturing can be done smoothly. All the machinery necessary to produce the in-house movement from Miyota uses meticulous precision to craft the best movements possible, whether they be for mechanical or quartz watches.

The Japanese Miyota movement is specially crafted by skilled engineers. Alongside the sophisticated technologies, the extensive knowledge of experienced engineers helps shape the delicate watch movement used by several watch brands around the world.

Each carefully crafted movement is made of high-quality metal. It manages to amplify the colors and textures of the machinery. Aside from their aesthetic value, metals offer durability and resistance to high impact.

The first recorded movement from Miyota was Caliber 2035 in 1981. It has become a well-known choice for watch brands around the world along with the Caliber 2000 series today. Besides the most popular ones, the Japanese brand also releases other designs such as chronographs and multi-function movements.

As the watchmaking technique improves over time, the movement also undergoes several changes. There are improvements in the design, such as making it slimmer and more advanced with the Caliber 8200 and Caliber 9000 series mechanical movements.

Read also: 7 of the Best and Mesmerizing Mechanical Watches for Men

Generally, the Miyota movement watches have a variety of designs and styles. Many different brands utilize the technology created by the Japanese movement company to power their wristwatches, whether they be quartz or mechanical.

It is common for quartz watches to be less pricey than classic mechanical timepieces. Nevertheless, the quality of such a watch powered by the Miyota quartz movement is considerably good in its category. Why is that?

Every single part of the Miyota quartz movement is produced internally in order to maintain the high quality of the product. The design allows the movement to use as little energy as possible and protects the machinery with Miyota’s own patented Shock Detection.

As for the mechanical movement, Miyota maintains its core principles of keeping its products durable and precise. In this case, the Japanese in-house company prides itself on its creation, which is the Caliber 8200 series.

In contrast to quartz, the production of mechanical movement needs to be done more meticulously. Each part needs to be assembled correctly in order for it to operate in a proper manner. Afterward, the movement must go through a thorough process of evaluation.

Today, quartz watches are easier and more accessible to get around the world. They tend to be more practical and simple to use compared to mechanical timepieces that have to be wound every now and then.

Such watches that use the iconic Japanese movement are commonly divided based on their types of calibers. Generally, quartz watches use the Miyota 8215, while mechanical wristwatches utilize the Caliber 9000 series. Both types of the movement work properly for their intended purposes.

This time, we have curated the best four Miyota movement watches that will shed light on the matter being discussed. Since they have a wide range of markets, the styles will differ from one another. To find out more about each of them, let’s check out the list below!

As a diving watch, the Tauchmeister Professional Diver Watch offers reliability and durability at a reasonable price. The 46 mm wristwatch utilizes the Miyota 8215, which is guaranteed to use less energy and provide the Shock Protection feature.

The Japanese movement allows the German watch to perform efficiently underwater. It has the robust characteristics of a sports watch and can be wrapped comfortably around the wrist with its rubber strap.

Read also: Scrutinizing Watch Movement Types and How They Work

When it comes to an American watch with the movement from Miyota, the Timex Marlin Automatic Watch should be included in this list. The 40 mm wristwatch has the aura of an everlasting dress watch.

Additionally, the green dial wristwatch uses the reliable and durable movement that is Miyota 8205, making it affordable and easy to adjust. As a dress watch, the Timex Marlin Automatic Watch perfectly suits the need to look either formal or casual for everyday events.

Another addition to this list of Miyota movement watches is Le Forban Sécurité Mer La Malouine. The French dive watch uses the reliable Miyota 8215, which has been around since 1977. Its longevity on the market is a testament to how reliable and durable the movement is.

As a dive watch, the Hitori Ryukyu Diver Tropic Green presents the best quality of reliable Japanese materials. The Japanese signature in its movement and design guarantees the capability of the 40.7 mm watch to survive the harsh 200 m underwater adventures.

With its stunning green dial and dependable stainless steel material, the Ryukyu Diver Tropic Green watch can definitely awe the observers with its distinct Japanese beauty. As such, this piece of the vintage timepiece can serve as a dashing accessory for outdoor activities properly.

At last, we have come to the last part of this article about the Miyota movement. Now that you know what the movement is and its examples of watches, you can certainly tell the difference between the Japanese movements and the others.

To sum it up, Miyota machinery allows a watch to be efficient and reliable at the same time, making it the most suitable choice for those who put practicality above all else.

Read also: How to Change a Watch Battery: A Guide for the Watch Owner – Gnomon Watches

Next
7 Best Diamond Watches for Women that Shine the Brightest 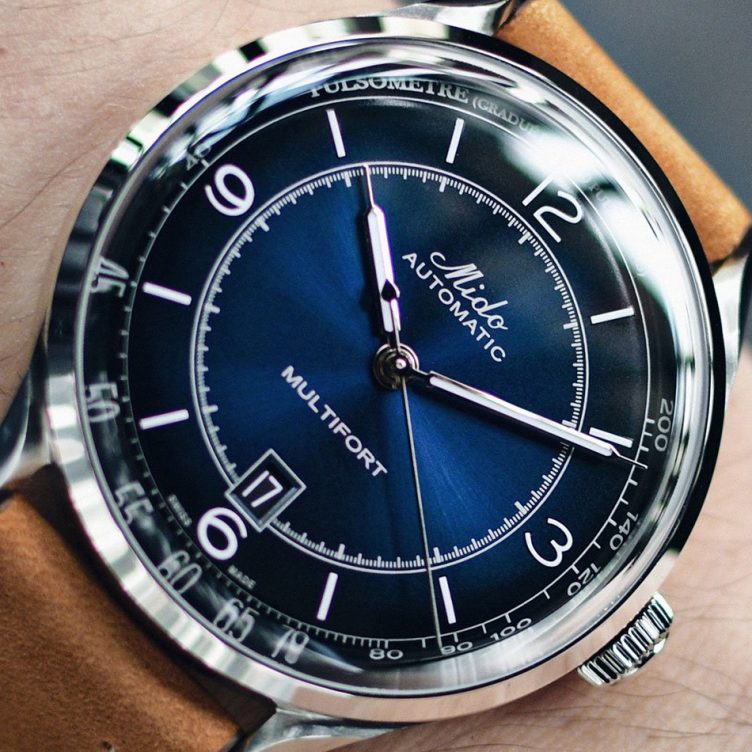