The 5 Best Watches with Tritium that Glow Constantly

For a taste of steady and constant glow.

The world of horology is always filled with exciting things to explore. One of those is the ability of the watch to glow in the dark. Throughout history, there are different types of materials used to produce a glow on the watch dial. Started with radium – which is a dangerous material to use – until horologists found the safe ones, such as Luminova and tritium gas tubes. In this article, I’m going to give details on watches with tritium which has been a popular substance to produce an impressive glow.

The use of tritium is actually pretty common alongside its counterparts, the Luminova and SuperLuminova. Tritium is mainly used for military watches and other tool watches that require superb legibility in the dark constantly. As lume could fade after a number of hours, tritium has the ability to maintain its glow without charging. Let’s get deeper into the materials and I’ve compiled some watches with tritium that are worth a collection.

Tritium gas tube is the developed materials from the previous tritium that was still considered dangerous to use. Packaged inside an encapsulated gas, the tritium is considered to have less risk than the previous tritium paint. Using tritium instead of lume gives several benefits that a certain watch brand looks for. It has the ability to glow constantly and autonomously for a long time.

While the lume such as Luminova needs charging from external sources, tritium can perform optimally without any charging. Also, it won’t easily fade away as in Luminova. In brief, a modern lume (i.e. Luminova and SuperLuminova) can give the brightest glow only after being charged and the glow would fade away as hours passed by. However, tritium gas tubes can give a steady and consistent glow on the watch without charging. These characteristics made tritium can be mostly found on tactical or military watches.

Yet, everything always comes with drawbacks. Despite the ability to constantly glow, tritium gas tubes could last for 12 years at their utmost performance and would need to be replaced after around 24 years. Well, that’s still considered a long one as modern lume couldn’t last forever, either.

Recommendation of Watches with Tritium

Truth to be told is that there are still a handful of watch brands that use tritium gas tubes for their craftsmanship. Tritium gas tube is indeed still considered a radioactive material but not at all dangerous in the nowadays watches. Below, I’ve rounded some that might be one of your tastes.

Talking about watches with tritium shouldn’t leave Traser’s collection as they were the early adopters of tritium gas tubes — they call trigalight. But you can expect more from Traser as they give an extraordinary amount of glowing on their new Traser P68 Pathfinder Automatic.

The watch isn’t only equipped with the trigalight but also several amounts of Super Luminova resulting in an enchanting glow on your watch display. The trigalight is applied on the hour markers and hands while the dial has been well-equipped with SuperLuminova. The combination creates a real glow-in-the-dark watch that appeals to anyone. Not to mention, the cardinal and inter-cardinal compass features also glow brightly.

Along with a faithful dial design that follows the standard railway watch, this timepiece is provided with 15 micro gas tubes. They make a slimmer tube on the hour markers while keeping 12, 3, 6, and 9 ones slightly bigger, helping to mark the time position. The watch hands have also been well-applied with tritium. They glow brightly in green while the big one at 12 glows in deep orange to assist in dial orientation in the dark.

The name Marathon has been known for its sturdy military and tactical watches. As such, it’s no wonder that their collections are trusted to be reliable when it comes to harsh conditions. That also means you can trust this brand to provide a timepiece with durability and reliability in a dark environment. Therefore, Marathon equips its watches with tritium gas tubes.

The GPM Government Reissue Mechanical is a renowned collection due to the value it holds and well-built design. As you can expect from a military piece, it comes with a complete package. The watch has been well-applied with a total of 15 encapsulated tritiums (Isotope H3) on its hour markers, the tip of the second-hand, and syringe-style handset. It allows you to have maximum legibility for more than 24 hours without any charging.

The Atacama Adventurer 1767  is a great choice for your outdoor activities. Not only that the design has distinct features but also a sturdy and well-built timepiece for adventurers. The whole appearance comes in green as a resemblance to nature — khaki green textured dial paired with also khaki green nylon strap.

As one of the reliable watches with tritium to accompany your night adventure, Luminox gives a fresh look on the dial. Instead of giving the tritium on the hour markers, the company decided to put it horizontally around the outer rim of the dial. It has two colors — orange for the hands and green to indicate the hours except for 12 o’clock which appears in orange for easy time marking.

Another piece from Ball Watch Company could be an alternative for watches with tritium. The company has a long-standing journey of using tritium gas tubes for its collections. As such, it’s without a doubt that they have many impressive timepieces with varieties of glows. The Fireman Night Train III Black is one among many that will impress you.

As you see, the dial looks quite crowded yet symmetrical to one another — giving a pleasant balance to enjoy the dial. In a dark environment, the watch gives impressive multi-colored tritium tubes. It is equipped with an astonishing 61 micro tritium tubes with 4 different palettes of colors. You know you’ll get a pleasant look for your night legibility with this watch.

Watches with tritium might not be the trend for any kinds of watches out there. But, one definite thing is that tritium gas tubes will give a constant and steady glow for time-telling activities in a dark environment. Therefore, having at least one experience of having watches with tritium on your wrist is something you should try as a lifetime watch enthusiast.

Previous
How Do Moon Phase Watches Work? A Guide to A Cool Complication

Next
Damasko Dive Watch DSub50: A Fascinating Piece for Underwater 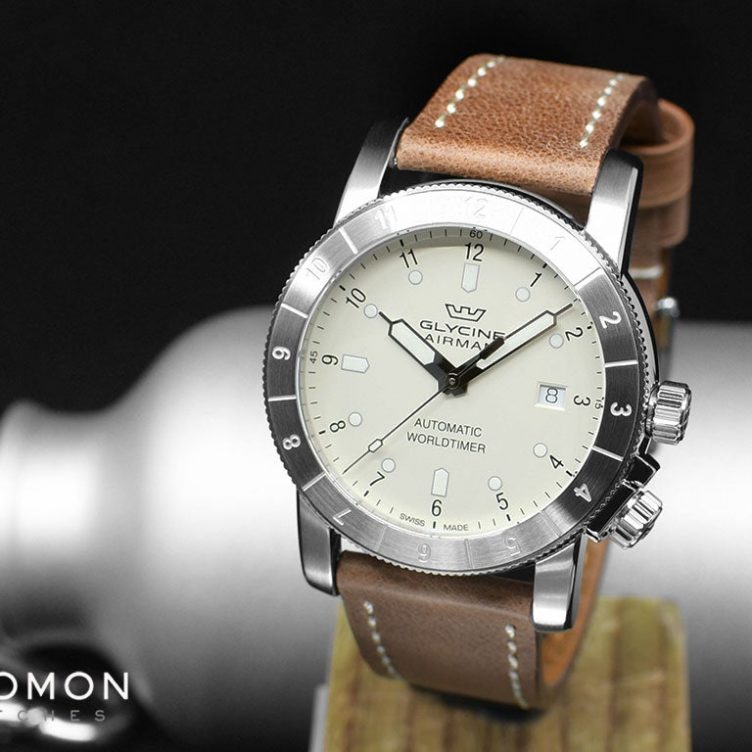