Facts about Who Makes Citizen Watches and Its History

A watch brand that remains innovative throughout its years

Citizen is a globally renowned watch company from the land of the rising sun. Known for its powered-by-light timepieces, the brand has established itself as a house of innovative technologies. The question of who makes Citizen watches and the history of citizen watches may then arise due to the beautiful and functional watch creations the company produces.

Citizen as a watch company has existed for more than a century and through the years that follow, a contender to its Swiss counterparts. Within those periods, the prominent Citizen watch collections known today were established. These include the Promaster, Chronomaster, and recent high-end Caliber series.

Read on to find out more about the history of the renowned brands’ watches including who makes Citizen and a personalized recommendation of the best timepieces from this powerful brand.

To answer the question of who makes Citizen watches, one must wind back the hands of time from more than a century ago to 1918. This was the year when the Shokosha Watch Research Institute was established by Kamekichi Yamazaki, at the time Chief Secretary of the Tokyo Commercial and Industrial Timepiece Cooperative.

The reasoning behind the founding of this particular institute was particularly simple (but by no means easy), it wanted to serve as a focal point in the production of mechanical watches from Japan. This is due to how the Western timekeeping system is vastly different from the Japanese.

Therefore, Japan was sluggish in employing the mechanical timepieces to fit the system and consequently slow to adopt the manufacturing requirements necessary when it did finally accept the Western system.

In 1924, the first watch with the brand logo “Citizen” was established by the Shokosha. In the 6 years that follow, Yosabura Nakajima, at the time representative of the Schmid company bought out the Shokosha. Schmid was founded by Rodolphe Schmid, a Swiss watchmaker who at 23 moved to Yokohama in 1984.

A little bit of background into the Schmid company, the founder initially started out as an importer but in 1913, he moved the manufacturing capacity to Japan. The merger is signified by the establishment of the “Citizen” pocket watch. The year 1930 marked the two companies’ official merger and then be known as Citizen.

What follows is inventive technologies such as the Parawater (1959), a fully water-resistant watch. This inspired an impressive line of dive watches in the following years from the Citizen brand.

The year 1976 is well-noted in the history of Citizen watches and horology. This was the year that Citizen established the first in the world, light-powered quartz movement. This revolutionized a whole new “movement” in the watchmaking industry. What is known as the Eco-Drive movement now powers most of their renowned watches.

All in all, the answer to who makes Citizen watches is a combination of two organizations with a strong background in watch manufacturing, Japan and Switzerland. Now, the brand Citizen is synonymous with innovative technologies and a price tag that begets the majority of “citizens” around the world.

While most are familiar with the brands’ light-powered timepieces and origins in Japan, there exists lesser-known information about the inventive company.

The reasoning behind the title Citizen in Citizen

A common assumption may be that the naming behind the brand is associated with a family name or the Japanese language. In actuality, the then-mayor of Tokyo, Count Shinpei Goto, a friend of Kamekichi Yamazaki, an important role in who makes Citizen watches suggested the name for a vision that the watch became accessible to all citizens of Japan.

Their automated assembly line, which makes Citizen watches parts, was first used in the 1970s to produce the quartz movement and is still in use today. Of course, some alterations were made to fit the required capacity and current demands.

It’s very much outstanding that within one second, one line in the Iida Factory can conjure one quartz movement. Quickly counting the math, they can produce up to 30 million quartz movements per year. These lines are automated therefore there is minimal human intervention necessary.

Alongside that, the motor coils exclusive to the Citizen are produced through rapid manufacturing machines. Middle-low end movements are also created with this technology although at a lower rate. The more complex the movement, the assistance from human assembly lines is incorporated into the production.

Almost all parts of a Citizen watch are made in-house

Luxurious Citizen timepieces are handcrafted by Meisters and Super Meisters

Specialized watch craftsmen known as Meister and Super Meisters are the people who make Citizen watches of the higher end such as the Chronomaster quartz model. A watchmaker must show dedication in order to qualify for this prestigious position. A 30-year experience in Citizen watch manufacturing is a prerequisite.

Most watchmakers bestowed this prestigious identity to those who make Citizen watches start their journey by entering the Citizen Watch School and progress from the Specialist to Meister to finally, the Super Meister.

The lengthy qualification necessary assures that the best hands handle the high-end Citizen watches from the hand assembly to the finishing and regulation.

Read also: 13 of the Best and Astonishing Dive Watches Under $2000

Now that we have looked at who makes Citizen watches and its long history, I have rounded up 5 watches that showcase the inventiveness signature to the Citizen brand. Here is a list of them:

My first recommendation is the Citizen Men’s Eco-Drive BM8475-34E. Inspired by military watches born during the world wars, this timepiece is made all-black, from its stainless steel case to its sleek nylon strap. Providing a sharp contrast are the white hands and hour-markers. A day and date aperture replace the 3 o’clock mark.

Looking at it as a whole, there is simplicity, dependability, and a confident aura to this magnificent timepiece. This is more emphasized with its Eco-Drive movement and 100 m water resistance capabilities.

Next, the beautiful and feminine Citizen Women’s Eco-Drive Diamond Dial EW2489-54D. This is a rose-gold plated stainless steel watch. Its charm is further accentuated by the pearl-white color and texture of the dial. Furthermore, pieces of diamonds replace the indices of the watch contributing to the overall gracefulness.

This magnificent timepiece is powered by the reliable Eco-Drive movement, assuring that the watch owner has both grace and a dependable tool to track the time.

Of the luxurious end of timepieces from the brand is The Citizen Eco-Drive Caliber 010 Ref. AQ1010-54A, a well-contested rival of the likes of Grand Seiko. The watch features a stainless steel case polished with Zaratsu finishing, letting out a splendid shimmer when reflected with light.

This case is well-complemented with the dimensions of the watch measuring dandy at 37.5mm wide and 11.5 in thickness. As a result, one can expect refined and enchanting wear.

Flip it to its back and one can find The Citizen emblem engraved. A beautiful protector for the mightily precise A010 in-house caliber movement producing an impressive +/- 5 seconds per year in accuracy. A marvelous timepiece indeed.

Next, my recommendation lies in the Promaster Citizen watch collection, the Citizen

Men’s Eco-Drive Promaster Blue Silicone BN0201-02M. It features a blue polyurethane strap and is enclosed with a titanium case. Alongside that, the watch can resist up to 20 bars or 200 m of water resistance.

The face of the watch is also surrounded by the same beautiful deep blue-colored bezel. What is included in the dial is simple and direct: a date window to tell the day of the month along with large indices and hands, coated with lume to aid in the darkest places.

For a watch with more functionality, Citizen Men’s Eco Drive Tsuno Chrono Racer AV0070-57L is your best choice. It features a large 45 mm case protected by a stainless steel case. Although it seems that there are many things going on in the dial, the reading remains fairly easy due to its straightforward design.

With this timepiece, one can expect many features including a date display, power-reserve indicator, chronograph, and even an alarm. Furthermore, the luminescent markings and hands along with a 200 m water resistance support this highly technical watch.

Citizen well-deserved its lasting position in the watch industry. Their continuous commitment to the creation of watches infused with innovative technologies to cater to the members of the world and not just the country of its origin, Japan with its affordable pricing is very much a real-life testimony to the philosophy brought upon its name, Citizen.

Find out more about timepieces, how to care for them, and more about the horology world at our Gnomon blog.

Next
Our Top Picks: The 7 Best Full Gold Watches on the Wrist 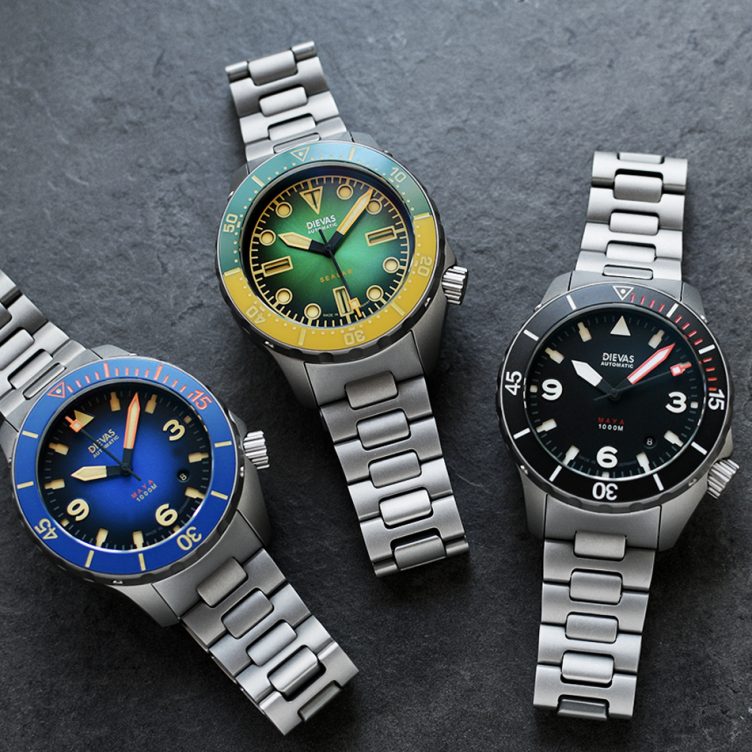