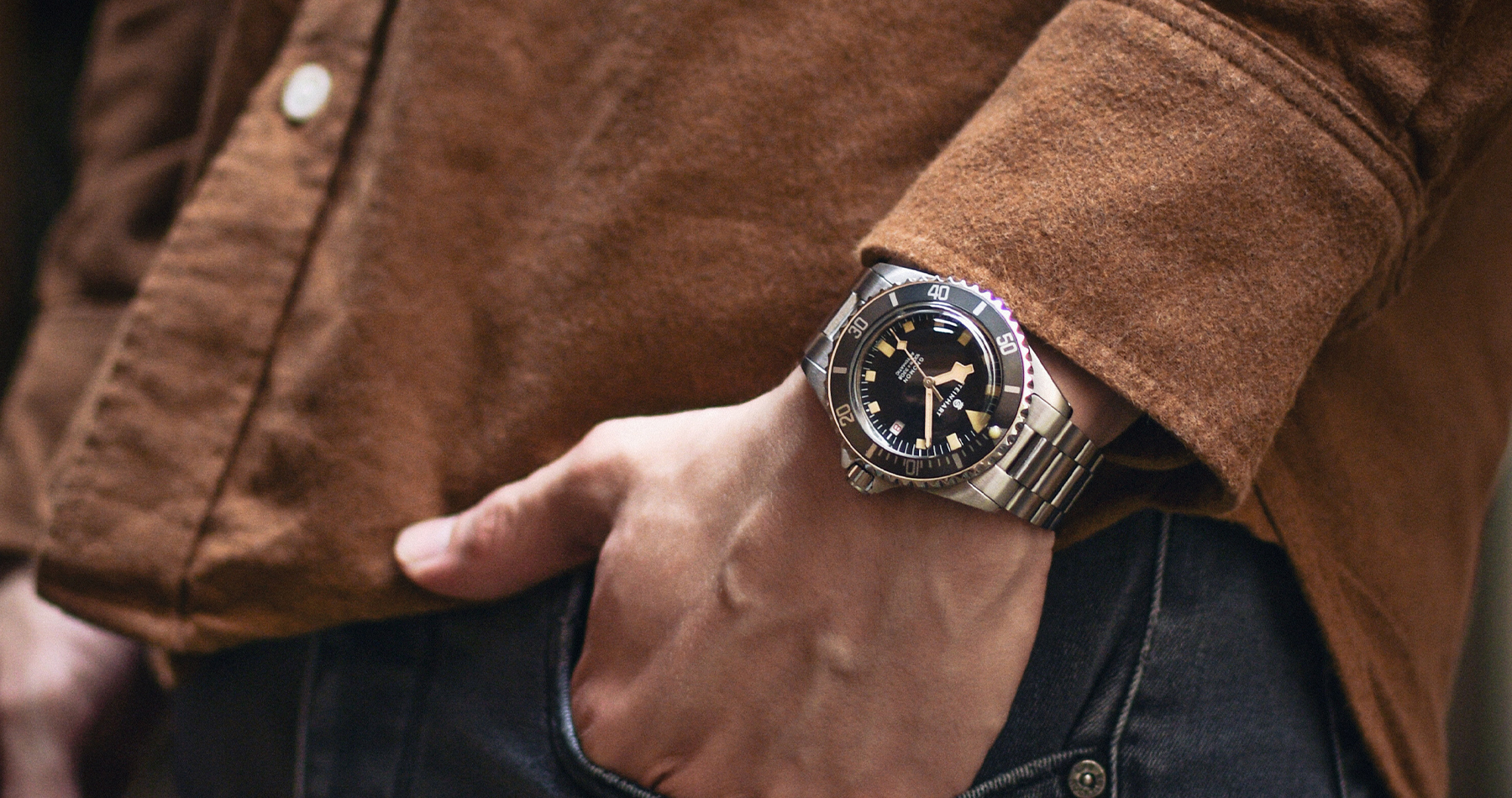 When we announced the highly coveted Steinhart Ocean 39 Marine Blue back in 2020, it’s arrival begot adulation. The magnificent watch that brings you the beauty of the ocean with its mesmerising blue and vintage hues were instantly acclaimed. With the first 200 pieces double signed-dial swiftly snapped up by the community in less than 24 hours, it behoves our extension on this collaborative effort. Therefore, we’d like to introduced yet another exquisite timepiece that adheres the theme, but now ameliorates with functionality.

Only limited to 200 pieces, the Steinhart Ocean 39 Marine Black Limited Edition continues to impress with its strong military connections dating all the way back to the late 1970s. Discover the rich history behind every detail incorporated into this watch that bestows a tribute to its robust predecessors used by the French Royal Navy in the past, specifically the personnels in French Navy school — the Ecole De Plongee and officers controlling the “Sous marins”.

Do be reminded that only the first 200 pieces with Hesalite crystal and double signed dial will have a unique serial number, reminiscent of military numbering in the 70s and subsequent pieces will be sterile. If you are one of those that missed the opportunity on our last collaborative run of Marine 39 Blue Limited Edition, hurry then and be among the first 200 to get the equivalent collectable Steinhart Ocean 39 Marine Black.